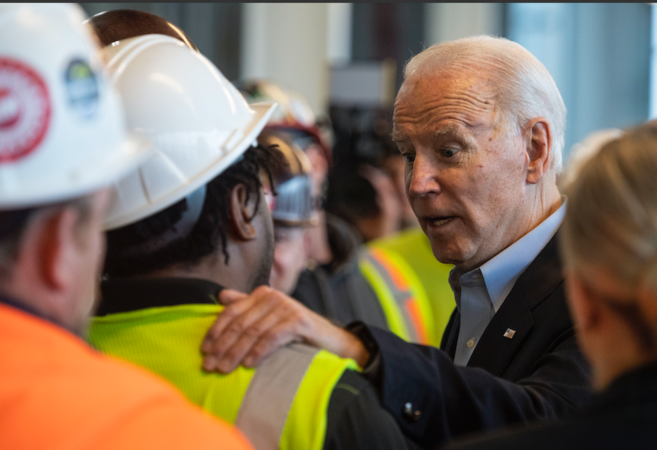 Former vice president Joe Biden won the Alaska Democratic primary, a contest shifted to mail-in ballot only to protect voters from risking exposure to the coronavirus.

Sanders, Sen. Elizabeth Warren, D-Mass., and Rep. Tulsi Gabbard, D-Hawaii, remained choices on Alaska Democrats' ballots even though they'd all ended their campaigns. Sanders encouraged his supporters to still vote for him because the more delegates he amasses the more influence he believes he yields over the party platform at the Democratic National Convention.

The primary was originally scheduled for April 4. The state Democratic Party canceled its in-person voting due to concerns about the spreading pandemic and gave voters an extra week to mail their ballots.

Like the rest of the country, Alaska is adhering to social distancing guidelines. The state has reported 257 confirmed cases and eight deaths linked to the coronavirus.

Biden's win there earned him eight of the state's 15 pledged delegates, bringing the former vice president's total to 1,225. He needs 1,991 to formally clinch the nomination.

The state Democratic Party saw greater participation in this year's primary than it did four years ago, when it held caucuses. The party received 19,813 ballots compared with the 10,610 Alaska Democrats who participated in the caucuses in 2016. Sanders overwhelmingly beat Hillary Clinton in the statewide caucuses, 81 percent to 19 percent.

This was the state party's first primary, a change made to accommodate the Alaskans in remote areas who struggled to attend caucus events in previous years.

"Our goal this year (which is our first-ever party-run primary) was to enfranchise as many voters as possible, particularly those in rural Alaska who have been underrepresented in the past," said Jeanne Devon, spokeswoman for the Alaska Democratic Party. "The number of ballots we received is almost double the number of caucus-goers in 2016, so we are very pleased about that."