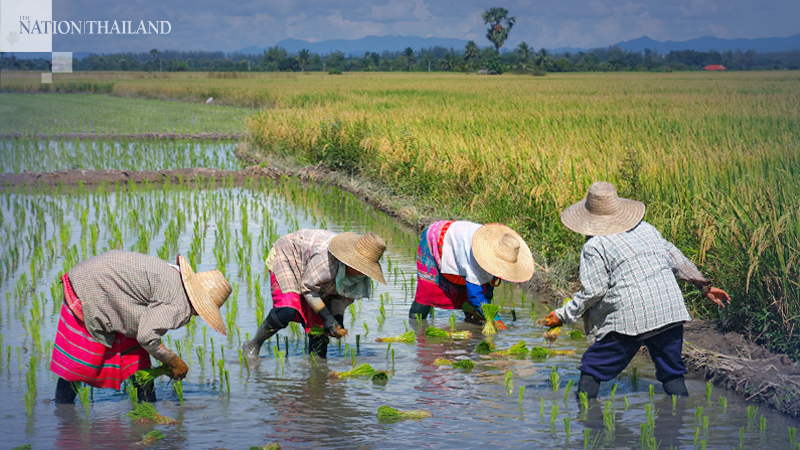 Government plans cash handouts to farmers' families of between Bt15,000 and Bt30,000 a month per family. The figure is yet to be finalised by ministers and the cost is estimated at Bt130 billion to Bt400 billion.

The Finance Ministry will propose to the Cabinet to support farmers affected by the Covid-19 outbreak, Lavaron Sangsnit, director-general of the Fiscal Policy Office, said.

Farmers are not covered by the current cash handout scheme which gives each worker Bt5,000 a month for three months. The scheme covers freelancers and self-employed individuals estimated to total 9 million people.

Under the initial proposal, each farmer will get Bt15,000 and about nine million families are supposed to be eligible. The total cost is about Bt130 billion.

Alongkorn Polabutr, adviser to the Agriculture and Cooperatives Ministry, however, said the ministry wants the government to give as much as Bt 30,000 per farmer family. There are about 13 million families. The cost is estimated to be Bt400 billion. Thai farmers also have been affected by drought while their family members, who worked in cities, have recently returned to their homes due to business shutdown.

For a majority of farmer families, the larger part of their income is derived from non-agriculture activities including money sent by family members who work in cities or abroad.