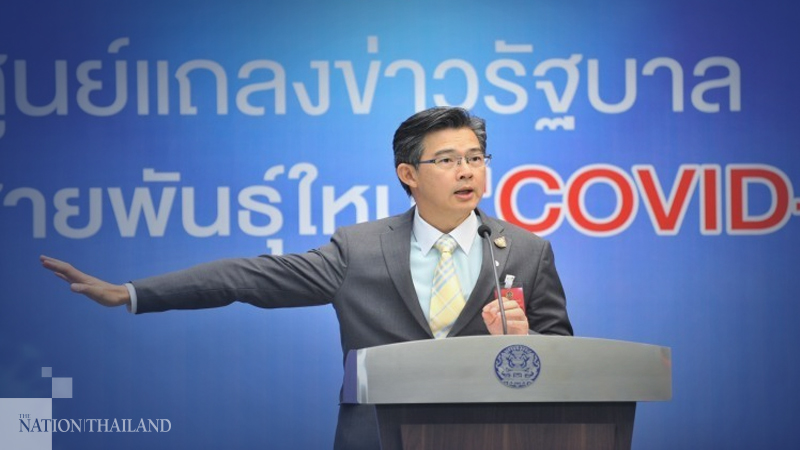 We need 90 per cent of people to follow Covid-19 preventive measures or the number of cases may rise again, warned Taweesin Visanuyothin, spokesman of the Centre for Covid-19 Situation Administration.

The first group of 18 had close contact with others previously confirmed as infected (mostly nine in Bangkok).

The second group comprised seven – one of whom had just returned from overseas, two who worked in crowded areas or close to foreigners, one who visited a crowded area, and three medical staff.

The last group of three returned from Indonesia and are now under state quarantine in Satun and Yala.

One of the deaths was a 56-year-old man, who had come into close contact with a previous patient. He was said to have influenza on March 14 and later was found to have Covid-19. His condition got worse and he experienced difficulty breathing. He died yesterday.

The other death was of a 43-year-old man who had diabetes. He had gone to a private hospital in Bangkok on March 31 with high fever, cough and diarrhoea and had returned home. On April 5, he was admitted to the same hospital and was found to be infected with Covid-19. He died of respiratory failure yesterday.

As of today, the total number of confirmed virus cases in the country stand at 2,579, with 1,251 under treatment, 1,288 having recovered and been discharged, and 40 dying.

Of the 28 new patients, 12 were in Bangkok, six in Phuket, two each in Yala, Satun, and Chon Buri, and one each in Chumphon, Nakhon Phanom and Nonthaburi.

Globally, there are more than 1.85 million confirmed cases and around 114,000 deaths to date.