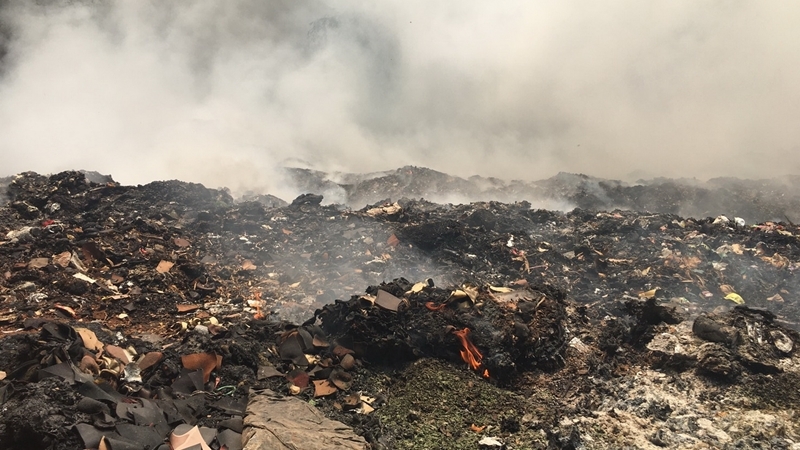 A large area of Kanchanaburi province was shrouded in stinking toxic smoke on Monday (April 13) after a fire tore through garbage piled at a 3-rai dump in Sangkhlaburi district.

The trash dump is located on the Myanmar border near a community of sugarcane farmers.

Kanchanaburi officials sent two fire trucks but efforts to extinguish the flames were hampered by plastics in the garbage that were fuelling the intense blaze.

As smoke from the fire spread, residents in Sangkhlaburi district and parts of neighbouring Myanmar were hit by a foul-smelling haze.

Authorities suspect the blaze was set by villagers in the nearby sugarcane farming community as a way of scavenging metal scrap from the dump to sell. They currently store some of the scavenged metal in huts they have built especially for that purpose nearby.

Kanchanaburi has been suffering from serious air pollution caused by illegal fire-setting for the past two months. Local government organisations have ordered strict monitoring of the situation.