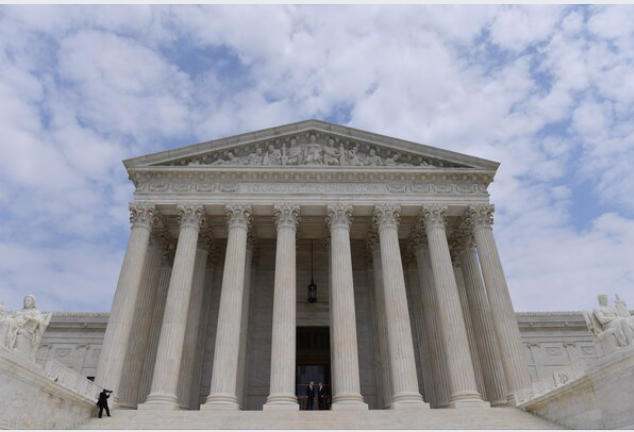 The Supreme Court for the first time will hold oral arguments via teleconference next month, the court announced Monday, including President Trump's legal battle to keep congressional committees and a New York prosecutor from obtaining his financial records.

"In keeping with public health guidance in response to COVID-19, the justices and counsel will all participate remotely," the court said in a news release. "The court anticipates providing a live audio feed of these arguments to news media. Details will be shared as they become available."

The justices last met in public on March 9. They have since issued opinions on the court's website. They have met in private conference via teleconference, with only Chief Justice John Roberts Jr. in the room where justices gather to discuss the court's business.

The court postponed oral argument sessions scheduled for March and April. About half of the scheduled cases will be heard during sessions on May 4, 5, 6, 11, 12 and 13.

The court did not say what would happen to the remaining cases it has accepted. They could be resolved without oral arguments, or postponed until the new term that begins in October.

Besides Trump's battle to withhold his financial records from congressional committees and Manhattan District Attorney Cyrus Vance Jr., the court will hear another time-sensitive case.

It involves whether presidential electors can be required to honor their state's instructions to cast their votes for the candidates who wins the state's popular vote. In many presidential elections, a handful of members of the electoral college - "faithless electors," is what detractors call them - have voted for other candidates.