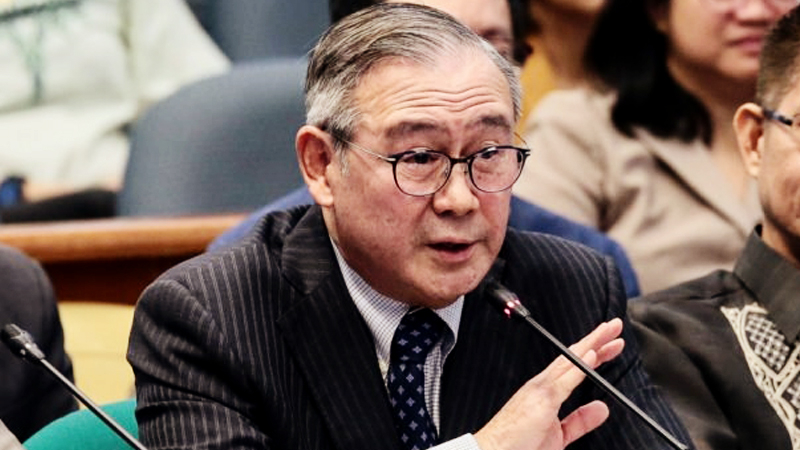 MANILA, Philippines — Nurses and other health care workers with existing contracts are now allowed to return to their jobs abroad after the Duterte administration recalled its deployment ban.

Foreign Secretary Teodoro Locsin Jr. announced on Monday night that the Inter-Agency Task Force on Emerging Infectious Diseases (IATF) overseeing the government’s response to the COVID-19 crisis had heeded his appeal to overturn the decision to stop medical workers from leaving at this time.

But those seeking to work abroad for the first time are still not allowed to depart.

“Future applications frozen until further notice provided all our 450,000+ nurses—exceeding by 250,000 ideal WHO (World Health Organization) ratio of people-to-nurses—must be given employment,” he added.

“During the IATF meeting, [the task force] reconsidered the policy on the travel ban on health workers. Those with existing perfected employment contracts will be able to leave,” Panelo said in a text message to the Inquirer.

He, however, said the IATF resolution detailing the amendment was “subject to the approval of the President.”

Panelo said he had recommended to President Duterte in a memorandum “the lifting of the travel ban on health workers with perfected contracts.”

In an earlier resolution, the POEA governing board said the deployment of health workers was suspended “until the national state of emergency is lifted and until COVID-19-related travel restrictions are lifted at the destination country.”

The move, it said, aimed to “prioritize human resource allocation for the national health-care system at the time of the national state of emergency.”

Locsin ranted over the weekend on Twitter against fellow Cabinet members in the IATF, protesting that the ban was unfair to nurses and other health-care workers who endured minimal pay and long working hours in their own country.

“You are not slaves; governments never helped nurses to study, get their degrees, get started, stopped their abuse by public and private hospitals that made them pay to get experience,” he had said in one of his tweets.

An opposition lawmaker defended the temporary ban, saying it was within the bounds of the Constitution.

But Albay Rep. Edcel Lagman said the ban must come with corresponding benefits for health workers who volunteered their services in the country’s effort to contain or slow the spread of COVID-19.

Balanga Bishop Ruperto Santos said only new Filipino health-care workers should be covered by the ban.

“We need them here and there are jobs here,” said Santos, vice chair of the Catholic Bishops’ Conference of the Philippines–Episcopal Commission on Migrants and Itinerant People.

In a statement, Lagman cited Section 6 of the Bill of Rights in the 1987 Constitution, stating that “[n]either shall the right to travel be impaired except in the interest of national security, public safety or public health, as may be provided by law.”

Also, according to the congressman, the amended Migrant Workers and Overseas Filipinos Act of 1995 permits the POEA governing board to terminate or impose a ban on the deployment of migrant workers “in pursuit of the national interest or when public welfare so requires.” The ban, however, “must be coupled with adequate compensation and other benefits to medical professionals and workers who volunteer to be on the front lines against the viral menace,” Lagman said.

It could not be considered “involuntary servitude,” he said, because medical professionals and workers “are not forced to render service in the country but they are encouraged to volunteer with adequate compensation.”

“Moreover, the ban will also promote the safety of Filipino medical practitioners and workers from being infected by the novel coronavirus, which has spread to many host countries,” Lagman said.

—WITH REPORTS FROM DJ YAP AND TINA G. SANTOS