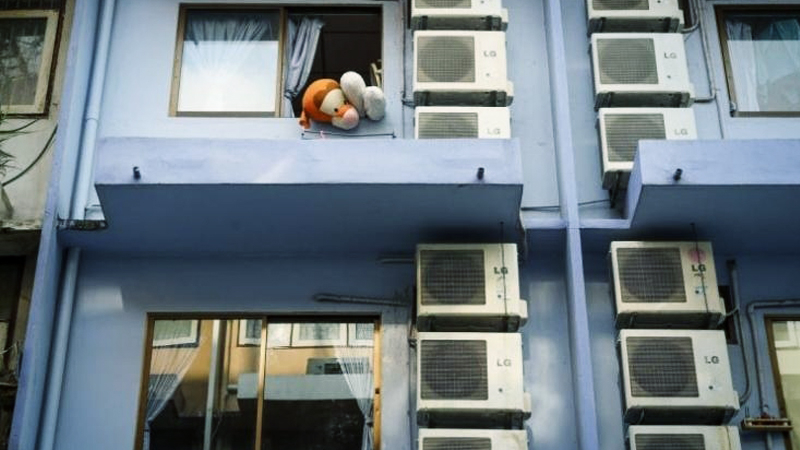 SINGAPORE - A Chinese study has suggested that air-conditioning may help spread the coronavirus.

It found that droplet transmission may have been propelled by the restaurant's air-conditioning across three tables, infecting other diners.

The index patient arrived from Wuhan in late January and dined at the restaurant with three family members. There were two other families at adjacent tables less than a metre away.

Later that day, the index patient developed a fever and cough, and went to the hospital where he tested positive. By early February, a total of nine others from the three families became ill with the virus.

The only known source of exposure among the three families was the index patient at the restaurant. The study determined that the coronavirus was transmitted to one member of each of the other two families at the restaurant, and that further infections resulted from intra-family transmission.

The windowless restaurant had an air-conditioning vent on one side of the room, and a vent on the other. The three families dined in the restaurant for around an hour in close proximity.

Among the 83 customers that day, 10 became ill with Covid-19; the other 73 were identified as close contacts and quarantined for 14 days. During that time, both the air-conditioner and the quarantined customers tested negative for coronavirus.

The study found that virus transmission in this outbreak could not be explained by droplet transmission alone. "Larger respiratory droplets remain in the air for only a short time and travel only short distances, generally. The distances between the index patient and persons at other tables were all less than 1m."

However, "strong airflow from the air conditioner could have propagated droplets from table to table".

The study concluded that the key factor for infection was the direction of the airflow, and that to prevent the spread of Covid-19, restaurants should increase the distance between tables and improve ventilation.

Having largely succeeded in stamping out local transmission of the virus, Chinese authorities on guard against a second wave of contagion fear imported cases now pose the greatest danger, Reuters reported.