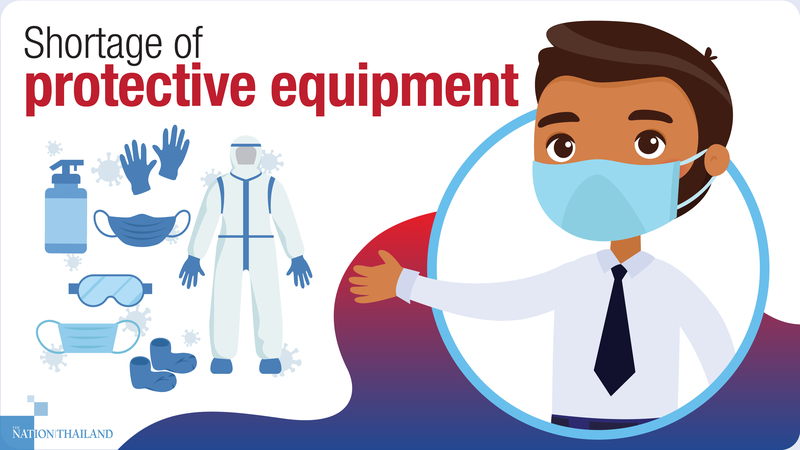 Radiologists at the Royal Marsden Hospital in London's Chelsea district told managers in March they thought the protective gear they'd been given to guard against coronavirus was inadequate. Earlier this month, seven of them tested positive.

An executive at a care-home provider in the north of England says he can get only about 30% of the so-called personal protective equipment, or PPE, he needs through local government. A shortage of tests means he must treat patients with mild symptoms as if they have covid-19, so he quickly exhausts supplies of masks, eye shields and gowns.

Those accounts, by people who asked not to be identified on concern they might risk their positions, help explain the barrage of criticism Prime Minister Boris Johnson's administration faces over its response to the pandemic. The government is being asked why it allowed sporting events to proceed as the virus took hold, why the lockdown was delayed, why testing isn't widespread and, increasingly, why there's insufficient protective equipment for health-care professionals.

"Our members are still reporting issues with supply," said Andrew Goddard, president of the Royal College of Physicians. A survey by the group two weeks ago showed that 22% of physicians couldn't get the protective gear they needed, "and we are still hearing daily reports of this."

While the U.K. brought in the army to distribute supplies to health facilities starting last month, it was almost three weeks before the authorities announced a national effort to deliver PPE to front-line health workers.

The fitted masks and face protection recommended for the most hazardous duties are in the shortest supply, according to a survey by the British Medical Association, a union and professional body for doctors. As a result, the Royal College of Nursing, another union and professional group, said its members can refuse to work if they believe they're inadequately equipped.

"The government could have foreseen this," said Helena McKeown, a general practitioner and chair of the representative body at the BMA. "We knew what sort of requirements we would have, and there were choices made that meant that we didn't stockpile enough."

McKeown suspects that U.K. fatalities, which stood at 12,868 on Tuesday, will turn out to be higher than the official numbers because doctors face pressure from relatives to omit coronavirus as the cause of death. Her comments came after Jeremy Farrar, a member of the scientific panel advising the government on the pandemic, told the BBC on Sunday that the U.K. may eventually be the worst-affected country in Europe.

The U.K. is set to extend its lockdown further, and officials say they expect the daily death rate to rise. Details of National Health Service workers who died of the disease haven't been released consistently. The Times, based in London, reported earlier this month that 35 staff had succumbed. The number has almost certainly risen since then, McKeown said.

Ministers have stopped short of apologizing for the lack of equipment, though Home Secretary Priti Patel said Saturday she was "sorry if people feel that there have been failings." Her remark came a day after Health Secretary Matt Hancock said PPE should be treated "like the precious resource that it is."

Tensions are growing across administrative borders, too. Scotland is now investigating a claim that equipment it needs is being redirected to England.

Meanwhile, the care-home executive has been buying oversized men's shirts from an Asda supermarket to convert into gowns, and is paying big markups to get PPE from lockup garages or online. Face masks that usually retail for pennies cost $2 (1.60 pounds), he said.

Susan Robinson, head of corporate property and land at Durham County Council, in whose district the care-home operator has a facility, said the local authority seeks constant feedback on PPE use to ensure equipment is properly allocated.

In the weeks before they fell ill, the radiologists at Royal Marsden, a cancer hospital, were given plastic aprons, gloves and surgical masks to treat patients. The lakc of more robust protection prompted the staff to complain to managers.

The hospital's policy on PPE during the pandemic remains in line with national guidance, according to an emailed statement. Staff are encouraged to use the appropriate level of PPE for the treatment and care they're delivering.

More than 923 million pieces of protective equipment have been delivered since the beginning of the outbreak, Press Association reported on Wednesday. The government hasn't said how quickly these supplies are being used. Some items may have to be reused where it is safe to do so, the news agency said.

"There is a huge NHS effort to supply PPE to the front line, but gaps remain," Chris Hopson, chief executive at NHS Providers, wrote in a blog this week. "It would help if those gaps were publicly acknowledged and the reasons for them more clearly set out." Its members are NHS hospital, mental health, community and ambulance service workers.

China is the only immediate high-volume source of clinical gowns, but there are delays because of local testing. Other stock has been mislabeled.

"I have sympathy that the government are now trying their hardest to get PPE," said McKeown at the BMA. "But I wish they would be much more transparent about it. "We deserve the truth, all of us professionals who are putting our lives at risk."