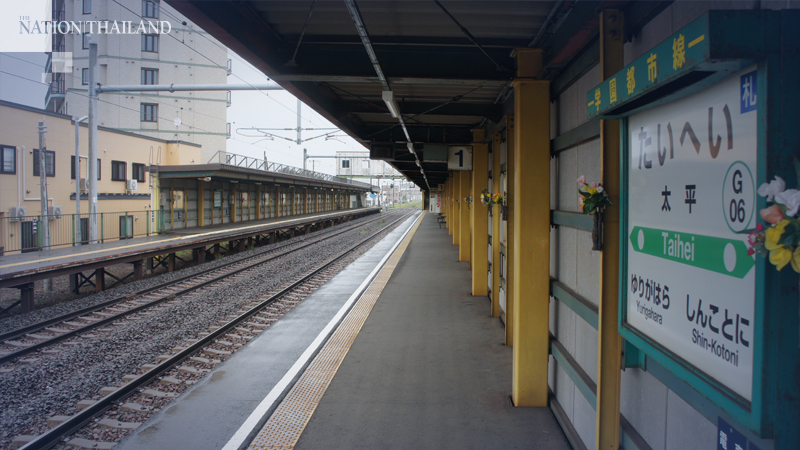 TOKYO - A 47.6-kilometer (29.5 miles) section of JR Hokkaido's Sassho Line that had been slated for permanent closure due to diminished passenger numbers has seen its end come early due to the coronavirus pandemic. The last run on the section between Hokkaido Iryo Daigaku Station and Shintotsukawa Station, both in central Hokkaido, had originally been scheduled for the Golden Week holiday period, which is from late April to early May, but the final train rolled on Friday.

JR Hokkaido announced on April 15 that it would move the date of the last run up to April 24 in light of the coronavirus outbreak.

However, on April 16, the scope of the central government's emergency declaration was expanded to cover all of Japan, including Hokkaido. That evening, the railway was forced to move the date up again, to April 17.

Shintotsukawa Station, the last stop on the line, only saw one train departure per day, departing the station at 10 a.m. The surrounding town of the same name publicized the station as "the terminal station with the earliest last train in Japan."

About 300 people, including passengers and local residents, gathered at the station to see off the last train on Friday.

"I'll miss it," said a 66-year-old woman from Tsukigata, Hokkaido, who had used the train line when she was in junior high school.