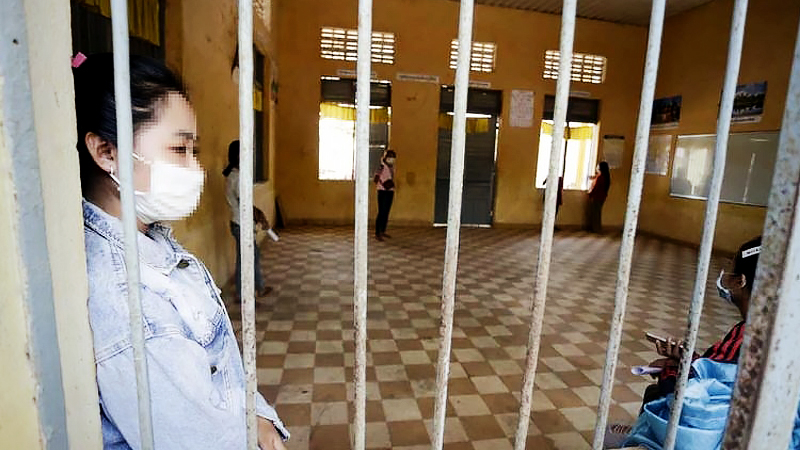 Some of the roughly 30,000 workers from factories and enterprises across the Kingdom who went on leave during Khmer New Year began their government-imposed 14-day quarantine on Monday.

Speaking at a press conference while visiting workers at the Phnom Penh Special Economic Zone on Monday, Ministry of Labour and Vocational Training spokesperson Heng Sour said of about 30,000 workers who took time off during Khmer New Year, 15,000 resided in the capital.

He said the ministry had prepared 10 quarantine facilities including schools in the city.

Two of the workers who were suspected of contracting Covid-19 also had their samples taken for testing. Sour said the ministry will continue to monitor their health conditions for five days starting Monday.

“The ministry, in collaboration with the Phnom Penh Municipal Hall and the Ministry of Health have prepared 10 makeshift health examination centres in Phnom Penh. Of the number, three are located at the Veng Sreng area and two in the Vattanac area.

He said the quarantine is divided into two categories. The first is for those who show suspicious symptoms and those who do not have a place for self-quarantine. They will be quarantined at centres prepared by the authorities.

The second is for those who have gone through health checks and shown no symptoms. Sour said they will be given a medical certificate and allowed to self-quarantine at their places for 14 days.

He said the authorities decided on the quarantine measure after surveying around 98 per cent of workers who came to work during the holidays.

“This is not a punishment. How do the 98 per cent of workers feel about the remaining two per cent who took time off? They dare not stay close to them. Therefore, the government has to keep the two per cent from the majority,” he said.

San Lao, a CTW Factory worker who is being quarantined along with others at Hun Sen Champuvorn High School in Phnom Penh, told The Post on Monday that her health condition is normal while going through a health check.

She was unsure if she would remain in quarantine.

“I took a day off but did not go to my hometown because at that time there was heavy rain. I was afraid of contracting the virus from the rain. But I did not go to work either.

“When I returned to work the next day, I was not allowed to enter the factory and required to quarantine first.

“I’m very concerned that they won’t allow me to return to work. If so, I’ll face extreme difficulty because I owe money to a bank. I won’t be able to repay my loan,” she said.

Sour confirmed to The Post on Monday that even after the 14-day quarantine, there is no guarantee if employers will allow the workers back at work.

He said that because some workers took time off without permission, which he said was a “serious mistake”, it will be left to the employers’ discretion to keep or dismiss them.

“It is against not only the workplace’s internal rules but also health and safety measures for workers. That’s enough [to dismiss them],” he said.

Minister of Health Mam Bun Heng said on Monday that the ministry had provided around $1 million for the labour ministry to cover food expenses for workers during the 14-day quarantine.