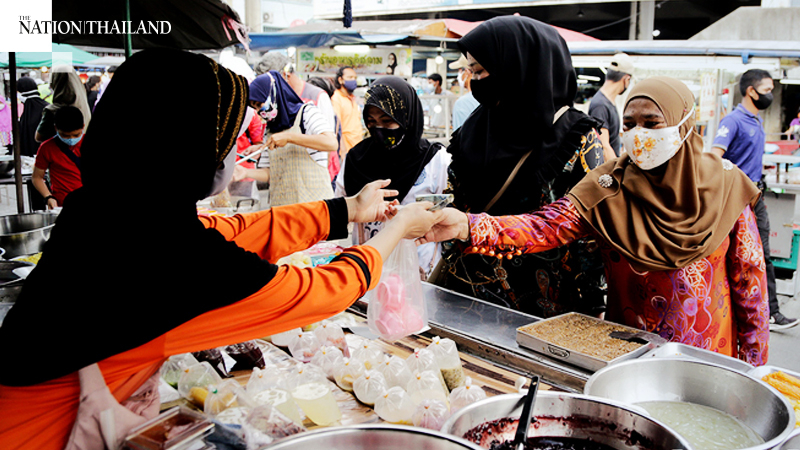 A night market in Pattani’s Muang district has moved up its closing hours in compliance with the government’s 10pm to 4am curfew to allow merchants enough time to pack up their stalls and get home in time.

However, during the Ramadan period (the Muslim fasting month), the province will allow markets to maintain their regular hours to serve local shoppers who are fasting. Ramadan this year runs from April 24 to May 23.

Markets that want to resume their normal hours have been instructed to set up screening points and merchants have been told to maintain a one to two metre distance between stalls. Shoppers have also been advised to wear face masks and avoid crowds.

Meanwhile, the elderly, children and those with chronic disease have been told to refrain from going to the markets as they face a high risk of complications from Covid-19 infections.