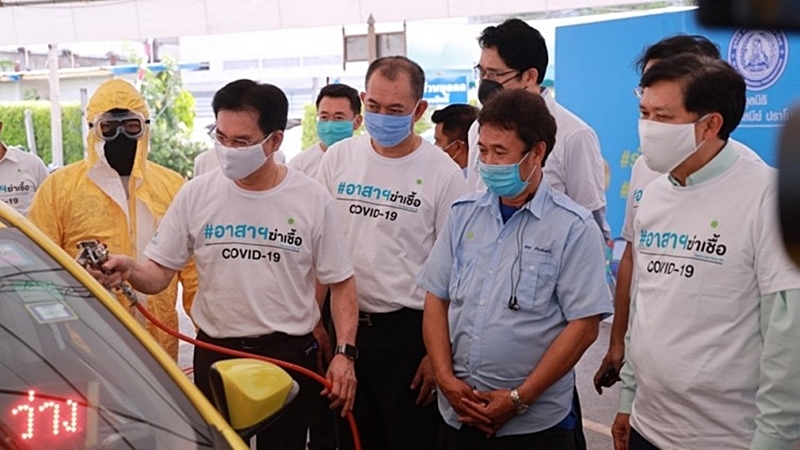 A decision on lifting the lockdown measures would be decided by the Centre for Covid-19 Situation Administration (CCSA), which will also issue a new directive regarding the operation of shopping malls, Jurin Laksanawisit, Minister of Commerce, said on Wednesday (April 22).

He added that Prime Minister Prayut Chan-o-cha, who was also the director of the CCSA, would decide on the date for easing the lockdown, depending on public health interests.

The Commerce Ministry has also collaborated with the Interior Ministry to allow vehicles transporting agricultural products and household items to travel between provinces but it must not affect the public health measures, Jurin said.

As a leader of the Democrat Party, Jurin has launched a sanitisation service for vehicles from April 22 to May 22 which can be book via QueQ application.