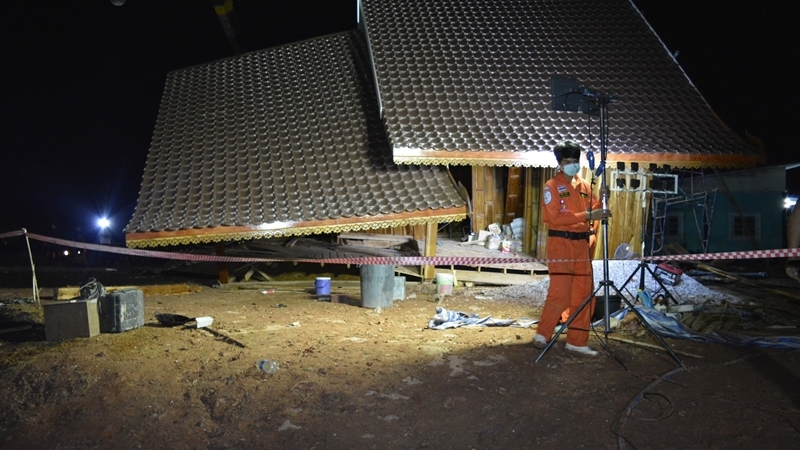 A schoolboy in Nakhon Pathom was crushed to death at 8pm yesterday (April 21) after a summer storm slammed into the province just north of Bangkok.

The incident occurred at a house under construction near Nakhon Pathom University.

The boy, named only as Mark, 15, was helping his family with construction work at the large wooden house.

Eyewitnesses said the storm arrived at 7.30pm, and sent Mark, his friends and other construction workers fleeing for shelter inside the house. Three children climbed up to the second floor while the rest of the family remained on the ground floor.

Strong winds began battering the house, which then collapsed under the force of the gale. The family and construction crew scrambled to escape, but Mark was trapped inside and killed.

Police were called to the scene. They are now investigating whether the house collapsed because of the storm or due to substandard construction.