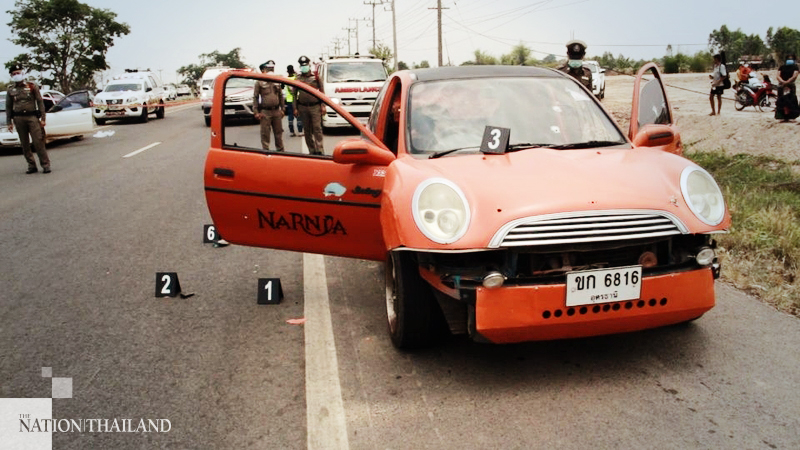 A Sakon Nakhon man was shot dead by police after high drama that involved a car chase and a shootout.

The driver of the car reportedly stopped at an intersection, which is a border between Nonghan and Sawang Dindaen districts and allegedly fired at the officers who had surrounded him. The police returned fire and killed the driver in the front seat. He was later identified as Jaded Somsong, 28, a Sakon Nakhon local. Officers reportedly found a handgun, 28 bullets, a petrol bomb and a knife in the car.

According to investigation officers, the deceased was a former employee of a car dealership in Sakon Nakhon.