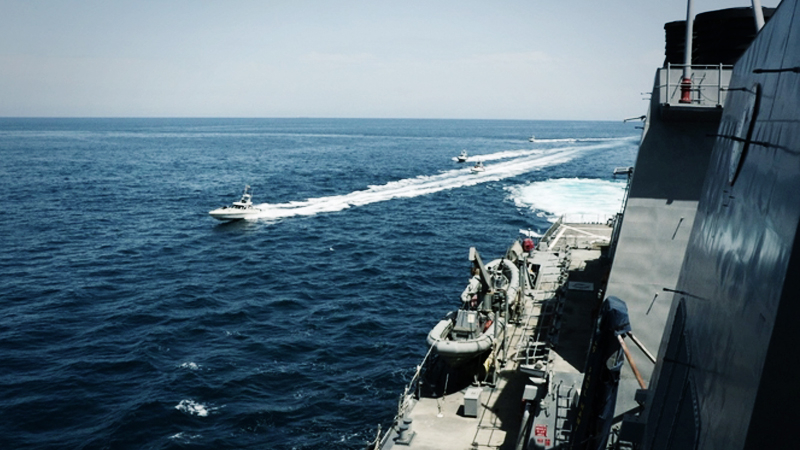 ISTANBUL - A top Iranian general warned the United States on Thursday against "dangerous behavior" in the Persian Gulf, saying that his forces would target U.S. naval ships that posed a threat to Iran's national security.

"We are determined to defend our national security [and] maritime borders," Maj. Gen. Hossein Salami, commander of Iran's Islamic Revolutionary Guard Corps, said in an interview with Iranian state television. He added that any act by U.S. forces that endangers Iranian military or civilian ships "will be met with an immediate and decisive response."

Salami made the remarks a day after President Donald Trump said he had directed the U.S. Navy to "shoot down and destroy" Iranian gunboats that "harass" U.S. ships in the gulf.

The U.S. military said that vessels belonging to the Revolutionary Guard came dangerously close to U.S. ships in the area last week.

Salami on Thursday blamed the incident on U.S. forces, accusing the American ships of "unprofessional and dangerous behavior."