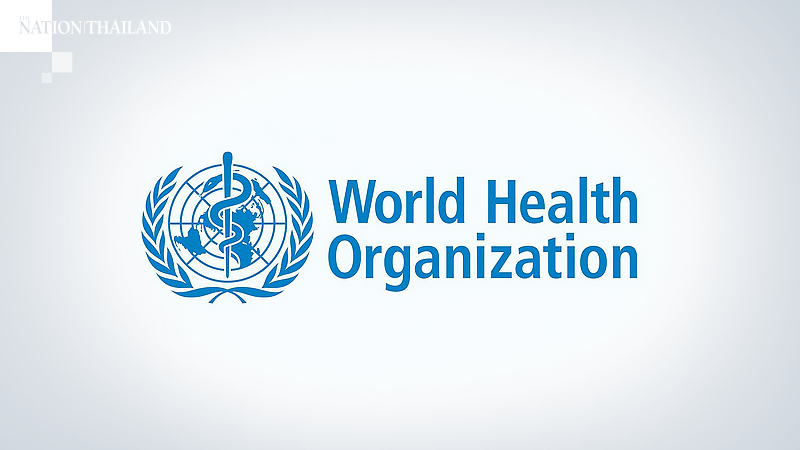 Australia joined the United States on Thursday in pushing for an international investigation into the origins and spread of the novel coronavirus, focusing on the behavior of China and the World Health Organization, as Secretary of State Mike Pompeo said the Trump administration might make permanent its cutoff of U.S. funding for the WHO.

Pompeo said he would not rule out a U.S. demand that WHO Secretary General Tedros Adhanom Ghebreyesus be replaced.

"Even more than that, it may be the case that the United States can never return to underwriting, having U.S. taxpayer dollars go to the WHO," Pompeo said in an interview with Fox News host Laura Ingraham.

President Donald Trump last week suspended all U.S. contributions to the organization, after accusing it of being "China-centric" and of withholding information unfavorable to Beijing after the virus originated there late last year.

U.S. allies in Europe have criticized the funding halt, saying that the WHO is crucial to the global pandemic response and that there will be time later to review what happened.

In the United States, Democratic lawmakers, while questioning China's role, have accused Trump of using the WHO as a distraction from his own failings and called for the money to be restored.

"The organization is not perfect, and we should thoroughly review its early handling of this crisis, particularly its engagement with Chinese authorities, and advocate for appropriate reforms," Democrats on the House Foreign Affairs Committee wrote in a Thursday letter to Trump. "But let's be clear: mistakes made by the WHO do not justify your halt in funding; nor do they excuse the serious failures of your administration in confronting the pandemic."

In announcing the funding freeze, Trump described it as temporary, pending a review, though the administration has quit a number of U.N. organizations and international pacts that Trump has said do not treat the United States fairly.

Combined assessed and voluntary contributions of more than $400 million a year make the United States the largest donor to the WHO, as it is to many international bodies. Pompeo often refers to the United States as the world's most "generous" nation, though its expenditures on humanitarian and development aid on a per capita basis place it below at least a half-dozen other developed nations in most years.

Though the pandemic has thrown all economic projections out the window, China - with more than three times the U.S. population - had been expected to soon overtake U.S. gross domestic product. China's assessed contribution to the WHO is barely half that of the United States this year. Beijing announced Thursday an additional $30 million donation to the organization.

A number of countries, including U.S. allies in Europe, have criticized the U.S. cutoff, saying now is not the time to undermine the global effort to address the pandemic. Nongovernmental organizations also have been critical, including the Bill and Melinda Gates Foundation, which in some years has outspent the U.S. government and last week announced an additional $150 million for the WHO.

At the daily White House virus briefing on Thursday, Trump said foreign leaders have told him in recent days that the United States is "leading the way. We're leading the way in so many ways."

With no Republicans in favor, the House voted to create a new subcommittee to review the administration's response to the crisis, including its disbursement of $2 trillion in relief funds.

The partisan controversies came as an additional 4.4 million Americans filed for unemployment benefits last week, according to the Labor Department. It was the fifth straight week of job losses, bringing the total number of unemployed to 26.5 million, many of whom have been laid off or furloughed as the country has shut down.

The House on Thursdaypassed a $484 billion bill to boost small businesses, provide more money for hospitals and to expand testing for the virus. That money would come on top of an earlier fund that was part of the $2 trillion passed last month. That program ran out of funds, amid criticism that large companies were getting money intended for smaller companies.

The number of confirmed U.S. coronavirus cases rose Thursday to more than 862,000, with more than 49,000 deaths - and it represented the fourth straight day with at least 1,800 new virus-related fatalities. Among the dead were the older brother of Sen. Elizabeth Warren, D-Mass., Donald Reed Herring, who succumbed to the virus in a hospital in Oklahoma. He was 86. As the House met for the first time in weeks to consider the new stimulus package, Rep. Maxine Waters, D-Calif., said her sister was infected and was "dying in a hospital in St. Louis, Missouri, right now."

In New York, the current U.S. epicenter of infection, Gov. Andrew Cuomo, a Democrat, said that another "breathtakingly tragic" 438 deaths had occurred on Wednesday, continuing a downward trend. He said hospitalization and intubation rates were also down.

New York has confirmed 263,460 coronavirus cases - more than any single foreign nation - and 20,861 deaths, topped only by Italy, Spain and France.

Even amid the rising death toll, some U.S. states continued to move forward with phased plans to reopen their communities. Georgia Gov. Brian Kemp, a Republican, has come under criticism, including from Trump, for lifting closures of personal grooming establishments such as hair salons and tattoo parlors this week - and movie theaters and restaurants on Monday - as health officials reported a weekly increase in both the state's death toll and confirmed cases, which climbed to more than 21,500.

Vice President Mike Pence said that 16 states have now released formal plans for reopening and that "we're encouraged to see so many states embracing the phased approach" outlined in guidelines released by the White House last week. Pence said he would review both the testing and reopening situations in a conference call with governors on Friday.

He and Trump both hailed new research indicating that the virus' ability to survive in the air and on surfaces could be greatly diminished as the temperature grows hotter and humidity and sunlight increase. Continuation of social distancing and restricted activities, "in combination with some of these findings, could well give us a summer respite from the coronavirus," Pence said.

Trump declined during the briefing to discuss the departure of Rick Bright, the scientist who said he was removed as the leader of the federal agency working on a virus vaccine. Bright said Thursday he would file a whistleblower's complaint.

Bright maintains he was sidelined as director of the Biomedical Advanced Research and Development Authority and pushed into a narrower job after he resisted efforts to provide wide access to drugs, particularly an anti-malaria drug, that Trump touted as a potential treatment for the virus. Experts had warned that there were no proven indications the drug, chloroquine, was effective and said that it could be dangerous, as some studies have shown it to be.

Trump said Wednesday he had never heard of Bright.

The president was also asked to comment on the possibility that continued virus-related restrictions might influence the election and even bring his own legitimacy into question.

"I can't tell you what's going to happen" in the November election, Trump said. "We have a sleepy guy in the basement of a house that the press is giving a free pass to, who doesn't want to do debates because" he is observing distancing requirements in light of the virus. "He's not moving too much," Trump said of former vice president Joe Biden, the presumptive Democratic nominee.

Referring to favorable economic factors that have now largely disappeared with the virus shutdown - principally the record-high stock market and low unemployment - Trump said he had no choice but to close down the country.

"And frankly, if we didn't close it, we would have lost millions of people, possibly," Trump said. "We've gotten very little credit for the good job we've done."

At a virtual fundraiser earlier in the day, Biden said, "This president can't stop talking about himself, asking governors to thank him for what he's doing for them. Thank him? Come on! It's always about how this crisis affects him and how it's not his job to fix it. He's President of the United States of America; it's his responsibility to lead our nation through this. This isn't about politics."