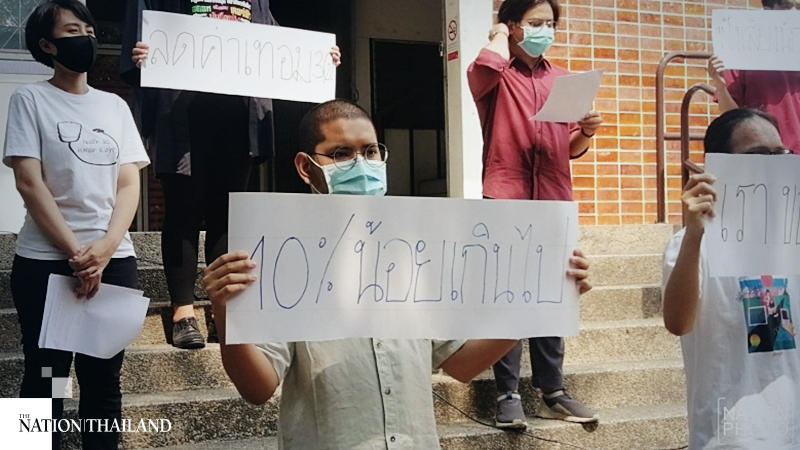 Chiang Mai University students gathered in the university at 10am on Friday (April 24), demanding that tuition fees be lowered by 30 per cent to help them during the Covid-19 crisis.

Rossarin Khunchom, one of the students, said that the 10 per cent cut announced earlier would not be enough.

She said the university had made Bt2.3 billion in profits in 2019, which could be used to support students whose families are affected by Covid-19.

Sawat Baodoktoom, a representative of parents, said that several of them faced the same issue and wanted the university to lower the fee as much as possible to help them during the crisis.

The issue had been raised earlier but following a lack of response from the university, they decided to rally to demonstrate their need for help.