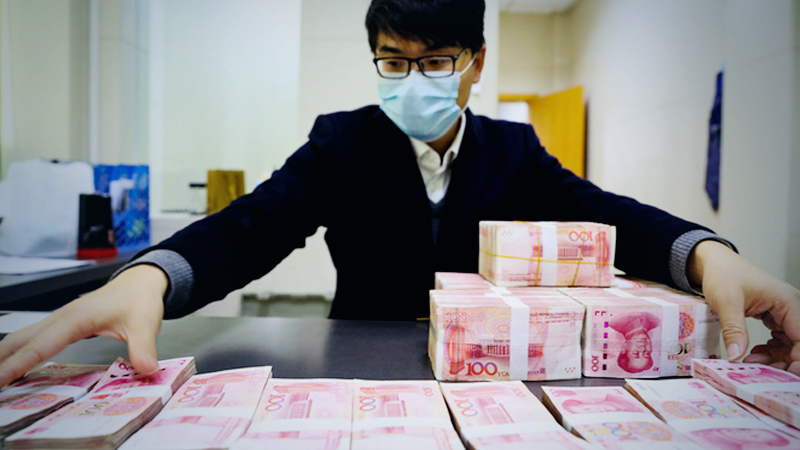 China is close to unveiling an additional fiscal stimulus package to prevent layoffs and debt defaults and secure its post-COVID-19 economic recovery, experts said on Friday.

According to the experts, key to the new package would be central government special bonds, or treasury bonds, to support consumption, roll over business loans and facilitate working capital for small and medium-sized banks.

The package as a whole also includes an extension of fiscal deficit and a higher quota of local government special bonds, which are essential to maintain jobs and incomes, prevent the economic downturn from turning into a prolonged depression that could permanently damage the economy, they said.

Based on the first-quarter economic data, which indicated a 6.8 percent contraction on a yearly basis, many policy advisers revised the GDP growth target for this year to 3 percent, compared with around 6 percent before the outbreak. The new target could be proposed to the annual meeting of the National People's Congress for discussion, said high-level sources familiar with the matter.

Zhu Baoliang, chief economist with the State Information Center, said at a seminar on Tuesday that the 3 percent GDP growth target is necessary to stabilize the economy, but a bigger concern is the late fiscal stimulus package due to a delay in the annual NPC meeting.

An expansion of fiscal deficit is also necessary, as this can help increase the central government's transfer payments to local authorities and deliver subsidies to people living in rural areas, said Zhu.

"Money raised through the nation's special treasury bonds can be used to set up bailout funds that can inject new working capital into enterprises and keep workers employed as cash flows dry up. It can also increase capital for small and medium-sized banks by providing more leeway to lend. Another part of the treasury bonds can be used to increase China's contribution to the International Monetary Fund and support other developing countries through multinational cooperation channels," he said.

Liu Shangxi, head of the Chinese Academy of Fiscal Sciences under the Ministry of Finance, said the funds raised via treasury bonds can help stimulate consumption through direct subsidies for residents and improved public services, to drive domestic demand. It can also support the skills training of unemployed people after the outbreak.

Informed sources told China Daily that the Ministry of Finance and the National Development and Reform Commission (NDRC), the country's top economic regulator, have held discussions on the special central government bond quota as well as for local government special bonds, and the plan would be sent to the Standing Committee of the NPC for approval before being made public.

Li Qilin, chief analyst at Yuekai Securities, said this year the special treasury bonds could be issued for some targeted State-owned commercial banks, a mechanism similar to the one used in the past. The central bank could also cut the reserve requirement ratio (RRR) for those banks to supplement liquidity.

On Friday, the People's Bank of China, the central bank, cut the targeted medium-lending facility rate to 2.95 percent, down from 3.15 percent, and injected 56.1 billion yuan ($7.92 billion) of liquidity through this scheme into the financial system, to reduce the lending rate for small and medium-sized enterprises.

The halt in business activity amid the lockdown has led to substantial revenue declines, making it hard for firms to repay loans and pay salaries due to crimped cash flows and tighter credit. The increased fiscal spending can help to fill the gap by using credit guarantees or lending, said Kenneth Kang, deputy director of the Asia-Pacific department at the IMF.

Though the outbreak has led to serious economic contraction, the United States Congress passed a $484 billion economic relief package on Thursday for small businesses, hospitals and coronavirus testing. It sent the US government's fourth stimulus bill since the outbreak to the White House, according to US media.

The bill allocates an additional $320 billion for an earlier rescue fund for small businesses, which was initially approved as part of an earlier $2.2 trillion economic relief package.