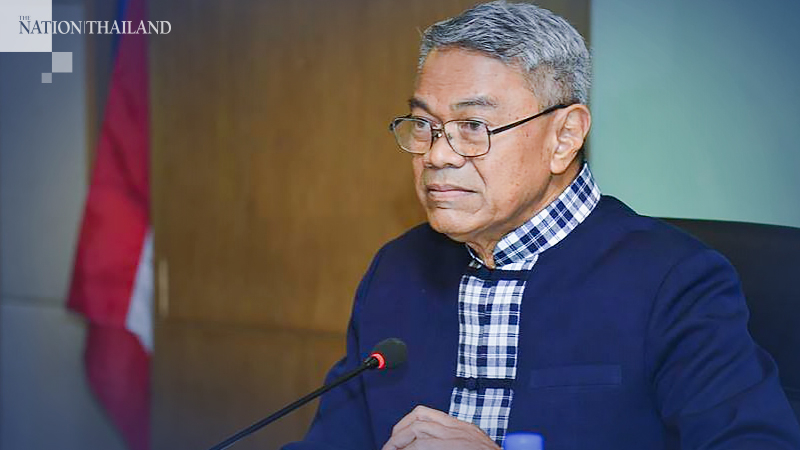 Ex-deputy Agriculture and Cooperatives Minister and Agrinature Foundation chairman Wiwat Salyakamthorn encouraged natural agriculturists across the country to join hands in opposing the move to join the CPTPP, as it would only benefit companies but destroy food security.

Former public health minister Mongkol na Songkhla, who also joined the movement, said that the CPTPP negotiations had been done while the United States, which initiated the grouping, withdrew when Donald Trump became president. But the content of the agreement is still a draft from superpowers hoping to exploit developing countries or less developed countries in many matters, especially in access to drugs and seeds.

Deputy Prime Minister Somkid Jatusripitak has tried to push Thailand to join this agreement during the past 6-7 years. The matter will be proposed to the Cabinet on April 28.

"During 2006-07, Thailand announced a compulsory licence [CL] to import HIV/Aids drugs and cancer drugs to take care of thousands of people in the national health insurance system. If the government joins the CPTPP, it will not be able to do CL," Mongkol warned. "This is a scary story. It is also affecting farmers. Farmers will not be able to keep seeds for planting in the next season and have to go to buy every time. If they collect seeds, they will be arrested by the authorities for breaking the law."

In addition, the meeting agenda for Cabinet also states that of the 30 clauses in the agreement, Thailand is able to comply with only 15. The remaining chapters have to make policy decisions on important and sensitive issues, in particular the cancellation of import duties on 99 per cent of all products, the abolition of agricultural protection measures, the prohibition of restrictions on alcohol labels, investment protection from the first level of business, a permanent ban on electronic taxation, the opening of the market for state procurement, or prohibition of privileges to entrepreneurs in Thailand such as do not define Thai innovation accounts, do not specify that Thai products must be used, prohibiting the transfer of technology, and forced participation in The International Union for the Protection of New Varieties of Plants, which the Thailand Research Institute has warned would create a monopoly of seeds and would not benefit local breeders and farmers.

However, the document does not include concerns of the Ministry of Public Health that this agreement will restrict the enforcement of Thai rights, not including public non-commercial use as Thailand used during 2006-07.