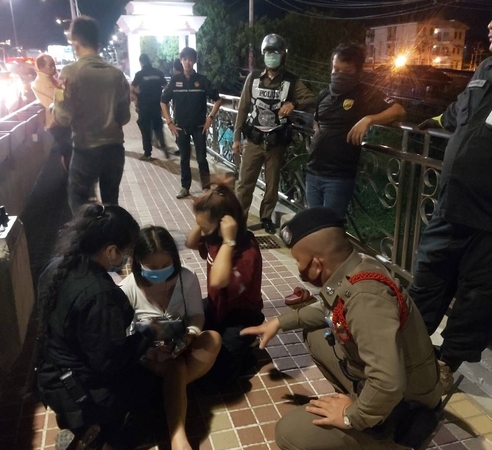 A Chiang Mai woman who attempted suicide at a Ping River bridge after her restaurant was ordered to shut was talked out of the attempt by police on Sunday (April 26).

Chang Pheuak station police in Chiang Mai’s Meuang district were alerted to the suicide attempt at Khua Si Wiang Phink Bridge on Sunday evening and rushed to the spot.

At the scene they found a woman aged around 30 trying to jump from the bridge handrail. Police spent more than two hours talking to the woman, who was crying throughout the ordeal, until she calmed down and climbed back onto the sidewalk.

Officers reported that the women said she was under a lot of stress after her restaurant, which was the only source of income for her family, was closed to prevent Covid-19 from spreading, leaving her under a lot of debt.

She was later sent home as a crowd of onlookers sighed in relief.