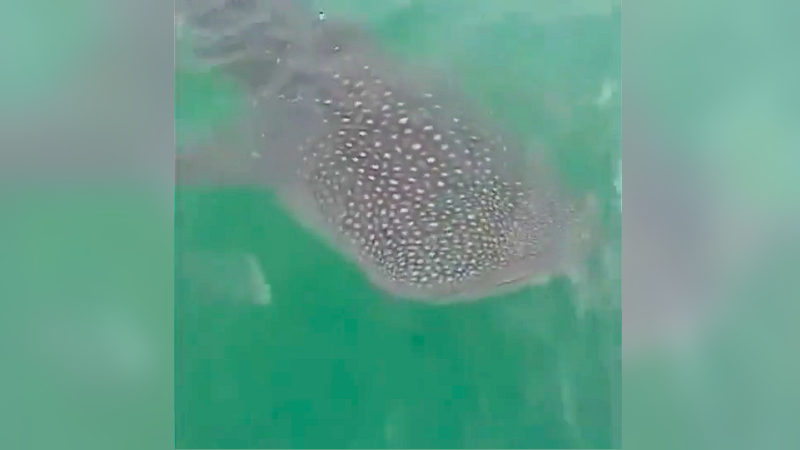 Fishermen in Surat Thani province on Friday (May 1) posted a video of a whale shark swimming in the sea as a school of blacktip reef shark and black kingfish followed behind.

Nattaphong Phromwichian, 27, a resident of Don Sak district, said his friend recorded the clip during their April 30 fishing trip after they were mesmerised by the appearance of the giant creature on the surface of the water.

He said that several rare marine animals had returned to Thai waters during the Covid-19 crisis since there were few boats to disturb them.

Whale sharks – the world’s largest fish – and blacktip reef sharks usually inhabit the seas around Koh Tao island but are ranging as far as 100 kilometres now that the boat traffic is clear.