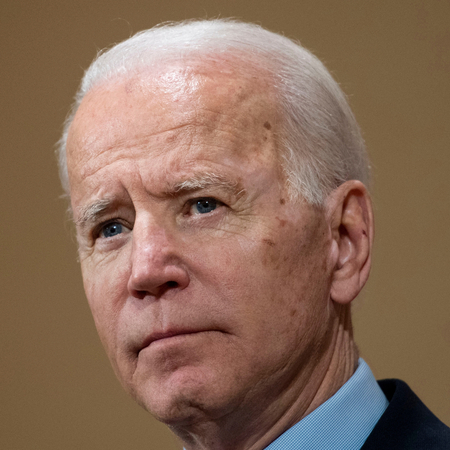 Presumptive Democratic nominee Joe Biden on Friday denied that he sexually assaulted a former Senate aide, delivering his first public comments about an allegation that has prompted a collision between the presidential race and the #MeToo movement and forced a difficult reckoning in a party determined to unseat President Donald Trump in November.

In a lengthy written statement and later a television interview, Biden said unequivocally that former Senate aide Tara Reade's claims that he reached up her skirt and penetrated her in 1993 were untrue.

The allegation has pushed the topic of sexual assault to the forefront of the campaign after a primary cycle that featured a field with multiple female candidates and Biden's pledge to name a woman as his running mate. Though Biden has prided himself on a long record of promoting women, his campaign also has been marked by struggles as the longtime politician has tried to keep up with cultural shifts reflected within his party.

His emphatic denial calmed some allies, but Biden left open questions of whether records exist that could shed more light on Reade's nine-month employment in his Senate office. He said relevant documents would not be found in his Senate papers, which are closed to the public.

Any complaint that Reade filed would be held at the National Archives, Biden said. (Reade has said she filed a report on an earlier allegation of harassment but not sexual assault. She said she cannot recall the office to which she filed it and does not have a copy.)

But a spokesperson for the Archives said it had no control over the release of such records and that any documents "would have remained under the control of the Senate." A Senate resolution requires such personnel records to remain out of public view for 50 years.

On Friday evening, Biden's campaign released a letter addressed to the secretary of the Senate asking for help determining whether Reade filed a complaint. "I would ask that the public release include not only a complaint if one exists, but any and all other documents in the records that relate to the allegation," Biden wrote.

Democrats were split Friday on whether Biden's remarks represented a turning point, even as they and women's groups unified on a central theme: that the nation's alternative in November was worse than Biden. More than 20 women have accused the president of sexual misconduct over the years; he has denied every accusation even as he was caught on a 2005 video bragging in vulgar terms about grabbing women between the legs.

NARAL Pro-Choice America and Emily's List, which raises money for female candidates who favor abortion rights, issued a joint statement that only partly defended Biden as it reflected the complicated nuance for a party seeking to support women who make misconduct allegations as well as its presumptive nominee.

"We now need him to lead us forward to create the sort of systems where survivors' claims are taken seriously and justice and healing are possible," the groups said of Biden. "This debate is about the next election, the most critical of our lifetime," the statement said, adding, "Trump presents a threat to our communities, our freedoms, and our most cherished institutions and has never addressed the multiple credible allegations of sexual assault against him."

Biden's comments came after a week of immense strain for him and his campaign as they confronted the biggest test yet of his bid for the white house. Until Friday, Biden's campaign had denied Reade's accusation, but the candidate himself had not addressed it. Reade did not reply to requests for comment Friday and gave no immediate public response.

Biden appeared to carefully consider his words to avoid inflaming concerns that he was slighting Reade. "Women have a right to be heard," he said but added that "in the end in every case, the truth is what matters."

Biden said he had not tried to contact Reade and declined to offer a theory for what he contended was a false claim. "I'm not going to question her motive," Biden said of Reade, adding, "I don't understand it."

Trump, however, weighed in on the allegation against Biden for the second straight day. Speaking on "The Dan Bongino Show," a podcast hosted by a Trump ally, the president said he found Reade "very credible" and compared her positively to women who had accused Supreme Court Justice Brett Kavanaugh of misdeeds. As he did Thursday, he also raised the possibility that Reade's account could be false.

Biden's decision to address the allegation came amid a growing political problem: Democratic pressure on Biden to speak up began to eclipse in recent days the ideas and themes he was trying to promote.

Some of Biden's top allies and some campaign aides have been frustrated at Biden's slowness in responding to Reade's allegation. Other campaign advisers, however, have suggested that the topic was not breaking through to voters.

By day's end, Biden allies said it was not clear what would happen next.

"He's now on the record, that had to happen," said Jennifer Palmieri, who served as Hillary Clinton's communications director in 2016. "I also know it's not going to get resolved in day."

In one, Biden repeatedly resisted the idea of releasing his Senate papers, which are held by the University of Delaware. The papers were to have been released two years after Biden left office in 2017 but are being kept private until two years after his public life ends, a more distant standard.

The former vice president told Brzezinski that there was nothing about Reade in his papers because they do not contain personnel records.

"Why not just do a search for Tara Reade's name?" Brzezinski asked.

"Who does that search?" Biden replied. Brzezinski suggested that the university or a commission could conduct it. Biden disagreed.

Reade has said that she filed a complaint with a congressional human resources or personnel office but did not remember the exact name. The Washington Post could find no record of a complaint.

"I don't remember any type of complaint she may have made," Biden said in the MSNBC interview when asked whether he remembered Reade or the complaint. (An aide later said that Biden did not remember Reade.) "It was 27 years ago, and I don't remember. Nor does anyone else that I'm aware of."

Biden said that his papers contained "confidential conversations" with the president and heads of state and that he did not want them to be made public while he was actively pursuing public office.

Republicans seized on the topic, accusing Biden of shielding unflattering records from public view, even as Trump has gone to historic lengths to block efforts to prevent the release of documents pertaining to his taxes, health records and business dealings.

For Democrats, the more significant matter was how the party and its presumptive nominee would navigate defending him while acting as champions for women who are willing to come forward with credible allegations against powerful men.

The uncomfortable struggle prompted shifting responses from some Democrats. Rep. Hakeem Jeffries of New York, who chairs the House Democratic Caucus, said in an interview with WNYC on Wednesday that the allegation against Biden should be "investigated seriously" after host Brian Lehrer asked whether there should be a probe into the accusations.

Asked to clarify his comments Friday, Jeffries did not repeat his call for an investigation and sent the following statement: "Vice President Biden has addressed the allegations, vigorously denied them and agreed to publicly release any document connected to this matter. It is now in the hands of the voters."

Some groups said that Biden's decision to name former senator Chris Dodd, D-Conn., this week to the committee that will help him select his running mate raised fresh concerns about Biden's commitment to combating sexual harassment. Dodd, in the 1980s, allegedly behaved inappropriately with a waitress at La Brasserie in Washington, according to a GQ article that described an encounter involving Sen. Edward Kennedy in graphic terms. Neither Dodd nor a spokeswoman responded to requests for comment.

Biden received some praise for his comments - the hashtag #IBelieveJoe trended on Twitter - but also heard calls for further action. Several advocacy groups have pushed the Biden campaign to give an address on the importance of combating sexual harassment and sexual violence, according to a person familiar with the effort.

"I am pleased that the Vice President directly addressed these allegations and by how he addressed them," former Georgia gubernatorial nominee Stacey Abrams said in a statement. Abrams is seen in the party as a possible vice presidential nominee. Other potential running mates were silent.

Former Michigan governor Jennifer Granholm, a Democrat supporting Biden, tweeted some of the strongest notes of support for him. "The story has been heard and vetted. No staffer remembers it. No complaint found. Move on," she wrote.

Tina Tchen, president and chief executive of Time's Up Now, a group that aims to combat harassment and discrimination, released a statement saying Biden "sat down and directly addressed the allegation against him with the seriousness it deserves, something that the current president has never done."

William Jeffress, a lawyer who headed the vetting of Biden during Barack Obama's vice presidential search, said he oversaw a team of nearly 10 lawyers who spent nearly two months digging through records and interviewing dozens of people about Biden. He said Reade's name never came up, so they never spoke with her.

"This kind of complaint - not just Tara Reade, but any kind of complaint about Senator Biden on sexual harassment - never came up," he said. "We just never had an occasion to interview anyone on an accusation like this because we found no such accusation."

Reade's sexual assault accusation was the first made against Biden, although several women said last year that he had made them feel uncomfortable with his close contact.

Reade said last year in interviews with The Post and with other news outlets that Biden had put his hands on her shoulders and neck when she was working in his Senate office. She said she had complained about it to senior aides in the office, but those aides told The Post that they had no recollection of Reade's claim.

Last month, in a podcast interview, she alleged that the then-senator had assaulted her after pushing her against a wall somewhere on Capitol Hill.

The Post published a detailed examination of her account two weeks ago in which one of her friends confirmed that Reade had told her of an incident shortly after she said it had occurred. Reade's brother, Collin Moulton, also told The Post that she had told him in 1993 that Biden had touched her neck and shoulders. Several days after the interview, he said in a text message to The Post that he recalled her telling him that Biden had put his hand "under her clothes."

In an interview published by Business Insider on Monday, Lynda LaCasse, a former acquaintance of Reade's said that Reade told her of an alleged assault in the mid-1990s, when they lived in the same California housing complex. LaCasse on Wednesday confirmed those details to The Post.

Lorraine Sanchez, who worked with Reade in California after Reade's tenure in Washington, told Business Insider that Reade had told her she "had been sexually harassed by her former boss while she was in DC and as a result of her voicing her concerns to her supervisors, she was let go, fired." Reade has given various reasons for her departure.

Several days before those comments, a 1993 call to Larry King's CNN talk resurfaced in which a woman whom Reade identified as her now-deceased mother called to discuss unspecified "problems" her daughter was having with her employer, whom she called "a prominent senator."