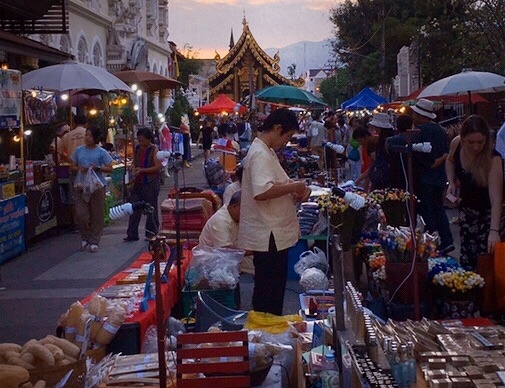 Khon Kaen province is expected to reopen a walking street on May 16, according to Khon Kaen City Municipality.

Mayor Teerasak Teekayuphan said that the municipality was already prepared to reopen the Saturday walking street. However, it will not reopen on May 2 as the easing of restrictions on many venues, including the walking streets, will start on Sunday (May 3).

The province's walking street will also change its opening time to be in line with the curfew. It might open from 3pm to 9pm instead of 5pm to 11pm.

Meanwhile, Natthachudej Wiriyadiloktham, the deputy mayor of Chiang Mai Municipality, said that the province's communicable disease committee had already held a meeting with business groups that were allowed by the government to resume operations om May 3.

But for the walking streets, which are also allowed to be reopened, the related parties will have to draw up complete preventive measures first before reopening the Saturday Wualai Walking Street and Sunday Rajdamnoen Road walking street, given the large size of both markets.

He added that initially they might be allowed to take turns to sell products every week and that the opening and closing time will have to be adjusted in line with the curfew.