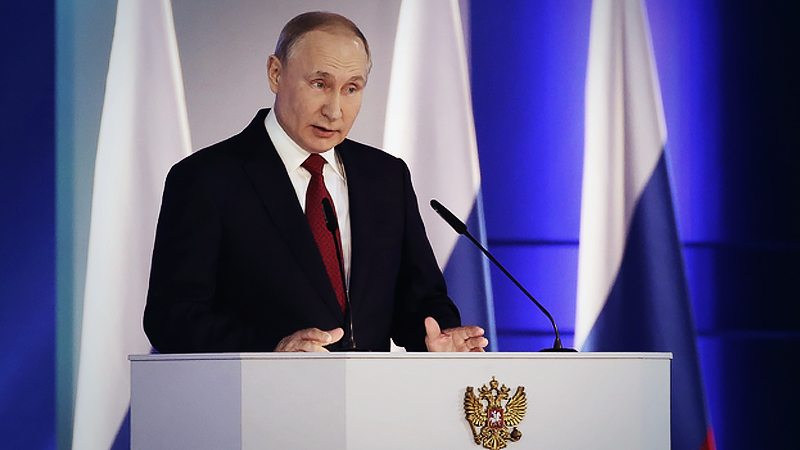 MOSCOW - At the heart of every small enterprise is a dream, and Ilya Smirnov's is crazier than most.

Right now that dream is dying. The state of his business - Kotissimo, Moscow's biggest cat cafe - resembles one of his feline recruits named Kostik, a shaggy gray and white beauty hit by a car that left him with just one eye and a useless, mangled jaw.

"He's a very optimistic cat, and very friendly," said Smirnov, who could be describing himself. He took out bank loans for $27,000 to start the popular business three years ago.

Smirnov's cafe - and potentially thousands of businesses across Russia - was hit by a double-barreled catastrophe: covid-19 lockdowns and the collapse in oil prices, a crisis for Russia's energy-dependent economy.

President Vladimir Putin's oil-price war with Saudi Arabia only sharpened the pain, leading to a humiliating reversal when Russia reached a deal last month with OPEC members and others to cut production.

Yet Putin seems oddly aloof from the disaster sinking small and medium enterprises in Russia that constitute up to a quarter of the economy.

He faces what many political analysts describe as his greatest domestic challenge since returning to the presidency in 2012.

But he appears detached, holed up at his country estate and content to delegate the business of saving the economy to lower-level officials. It's a paradoxical image for a man whose main political message is that Russia needs him in office until 2036.

"This is an unprecedented shock," said economist Sergei Guriev, professor at the Paris Institute of Political Studies and former chief economist at the European Bank for Reconstruction and Development. "Oil prices are at a level that Putin has never seen, so it's something completely new. Then you have the pandemic, then you have the economic crisis, which is also domestic, not just because of the oil prices."

Putin designated the coronavirus self-isolation period as extra paid vacation for workers, putting a burden on small-business owners who also face rent and loan payments with no income. Smirnov, a former business development manager, wrote to his landlord, seeking to delay his $4,000 monthly rental bill for the airy cafe set up to look like someone's home. "But I don't expect a miracle," he said.

Although they run Kotissimo as a business, he and his wife are happy when they break even. Their driving passion is the cats. The cafe saved 250, finding homes for 180.

"Every cat has a unique story. Seryosha has an absolutely humanlike face. He has charisma, but he can bite. Moona is our Monday face. Every Monday we post her picture because her face says it's Monday. She always looks angry. Barsya is one of the most intellectual cats I have ever seen. ... " Smirnov was just getting started.

"Anything could happen. But it's my life. For me, it's better to die than to stop doing this." His wife works as a chief lawyer in an advertising firm, and Smirnov is now looking for another job to try to keep the cafe alive.

The International Monetary Fund predicts that Russia's GDP will shrink by 5.5 percent. Putin has announced a couple of so-far sputtering rescue efforts, including grants for families with children, and deferrals of taxes and loan repayments for small businesses.

Putin has not yet deployed the massive stimulus seen in the United States and Europe to kick economic engines into gear swiftly. He recently ordered the government to come up with more measures.

He sees the construction and automobile industries as drivers to lead the nation out of the crisis. But families may be so shattered after the lockdown that they might lack the money to buy a new car or an apartment, Guriev warned. Putin has ordered government agencies to buy Russian cars, and fast.

Even before the covid-19 crisis there were complaints about Putin's six-year, $400 billion effort to lift Russia's lethargic economic growth via a program of infrastructure projects. Critics say it would barely shift the growth needle.

A hallmark of his presidency is his move to boost Russia's economic independence, using oil revenue to build up a $157 billion war chest, the National Wealth Fund and other sovereign reserves to cover deficit spending in a crisis.

Guriev thinks the reserves could dry up much sooner, perhaps by year's end.

"They're scared that they will run out of cash before the oil price recovers," Guriev said. "But there are many Russians right now who have no income, no savings, so they have pretty much nothing to eat, and in that sense the government should do more to support small business."

Asya Gushanskaya, owner of Milk beauty salon on the Arbat, one of Moscow's most prestigious streets, invested nearly $115,000 in the business, mainly loans. The only way to survive is to borrow more. But she said the purchases of equipment required to meet new health rules and social distancing requirements would bankrupt the business.

"A lot of people have already realized that they won't be able to get through the crisis. This business is my baby. I put all my money and my soul in it. I am not sure if the government or the president realize what a crisis and what problems small business is facing now," she said.

Danil Makhnitsky, a former Finance Ministry staffer, created an interactive map of more than 2,000 small and medium enterprises (SMEs) facing bankruptcy. He also launched a petition on Change.org calling for taxes to be lifted for Russian SMEs, gathering more than 324,000 signatures.

He said there was no transparency about which big companies were on the list to get interest-free lines of credit.

Putin's press secretary, Dmitry Peskov, said Thursday that Russia has proved its resiliency through dealing with "hostile" international sanctions - imposed for acts such as the annexation of Crimea from Ukraine in 2014. He acknowledged, however, that recovery from the pandemic would take time.

"On the other hand, a crisis always makes one stronger," he said.

But those words will likely not comfort Anna Safronova, one of the business owners on Makhnitsky's interactive map.

"In the process of liquidation," she writes. "It's already too late for help."