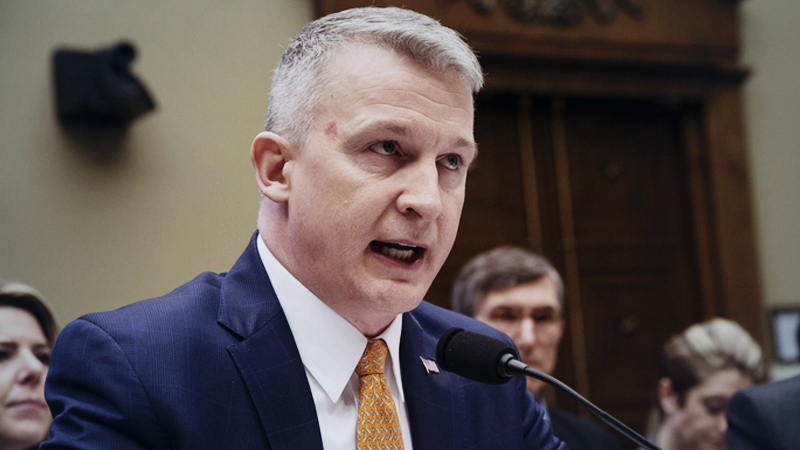 A top U.S. health official who said he was ousted over his concerns regarding a drug pushed by the Trump administration for the coronavirus also clashed repeatedly with his superiors over other issues related to the pandemic, according to a complaint the official filed Tuesday.

Rick Bright, who had served as the director of the Biomedical Advanced Research and Development Authority until the end of last month, disagreed with his supervisors at the Department of Health and Human Services over the seriousness of the threat of the novel coronavirus, shortages of protective gear and contracts that went to companies with political connections.

Attorneys for Bright filed the complaint with the Office of Special Counsel. The document says Bright's former boss, Assistant Secretary for Preparedness and Response Robert Kadlec, created a culture of cronyism that didn't emphasize scientific data. Bright wants to remain as BARDA director.

A spokesperson for HHS didn't respond to a request for comment.

The 89-page document outlines Bright's concerns over contracts he says HHS officials pushed based on political considerations rather than scientific data. Bright raised red flags regarding hydroxychloroquine and chloroquine, two drugs Trump and his administration had touted as Covid-19 treatments despite a lack of clinical evidence.

"Dr. Bright opposed the broad use of chloroquine and hydroxychloroquine as lacking scientific merit," the complaint said, "even though the Administration promoted it as a panacea and demanded that New York and New Jersey be 'flooded' with these drugs, which were imported from factories in Pakistan and India that had not been inspected" by U.S. drug regulators.

Bright was specifically concerned that Bayer's donation of one million chloroquine doses to the strategic national stockpile consisted of drugs made in uninspected overseas factories. He said in the complaint he was told March 23 to "drop everything" and make the donation available to the American public. The Food and Drug Administration has said it tested the pills' quality.

Bright pushed to make the drugs available only in a limited pilot and then worked with the FDA's Janet Woodcock, who leads the agency's drug center, to craft an emergency authorization for the drug that limited it to hospitalized patients. The emergency authorization "would better protect patients by enabling physicians to closely monitor their progress in a hospital setting and treat any side effects of the drug," according to the complaint.

Bright also says he tried to warn HHS Secretary Alex Azar and other officials about the seriousness of the virus and the nation's lack of preparedness on January 23. He was later told that raising his concerns and pushing for federal funds for BARDA created a controversy and offended HHS leadership.