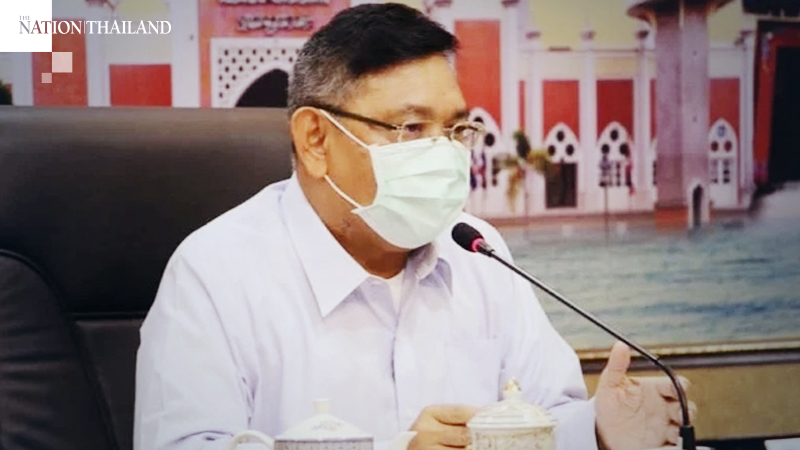 Pattani has got the nod from the province’s Communicable Disease Committee to ease lockdown measures, as the Covid-19 situation has gradually improved, Governor Kraisorn Wisitwong said on Tuesday (May 5).

“It has been 14 days since any new case has been reported. Cumulative cases remain at 91, with 85 having already recovered and been discharged, while five are under hospital care and there has been one death,” he said. “The Chief of the Muslim in Thailand’s announcement No 5/2020 allows praying at mosques on Fridays in territories that have low risk of infection. Hence, mosques in the province will be allowed to organise prayers from Friday, May 22 onwards, depending on the readiness of each mosque and the discretion of its leader.”

“Mosques that wish to organise prayers must set up screening checkpoints to allow people in limited numbers at a time,” he said. “The praying area must be spacious enough for people to maintain a distance from each other of 1.5-2 metres, while everyone must wear face masks.”

The governor also added that establishments which were allowed to open since May 5, according to the government’s order, including markets, restaurants and gymnasiums, must strictly adhere to social distancing to prevent another outbreak in the province.