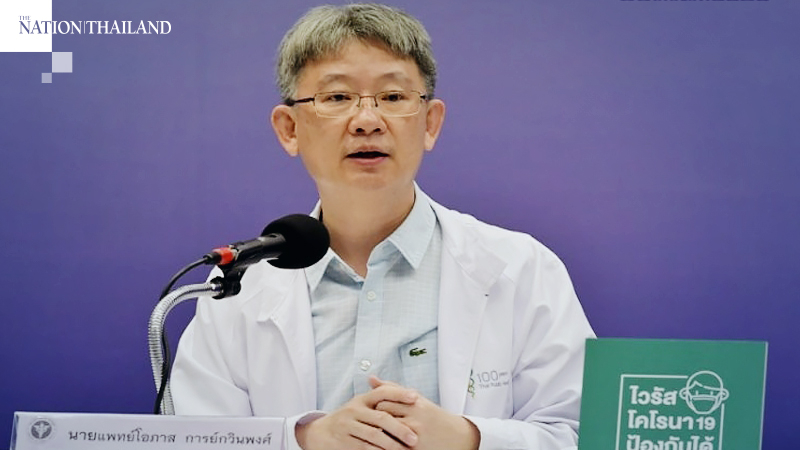 Medical authorities have sought to allay public fears about the accuracy of Covid-19 testing after 40 results delivered by a Yala laboratory last week were found to be false positives.

Dr Opas Karnkawinpong, director-general of the Department of Medical Sciences under the Health Ministry, explained that the control samples of pure water used at the Yala lab had tested positive rather than negative, indicating a problem had occurred in the process.

As soon as the problem was discovered, all testing was stopped at the lab and the 40 samples were sent for retesting at the Songkhla Department of Medical Sciences. All 40 retested samples came back negative for Covid-19. The samples were then sent for a third round of testing at the Department of Medical Sciences in Bangkok, which confirmed the results were negative.

Opas added that laboratory testing was only one method of detecting Covid-19 cases, which could also be traced by investigating people’s travel histories and reports of infections in each community.

A team investigating the false-positives at the lab in Yala found no major structural errors but said the testing process could be improved to ensure better performance.

However, Opas noted that Yala was the first province in deep South to create a lab for Covid-19 detection, meaning it had a high workload of more than 4,000 samples tested so far. As such, the department would support the facility with an equipment upgrade and ask nearby labs to help carry the burden of testing. These moves would help control the spread of the virus, he said.

The Yala lab would reopen in a few days after being upgraded, and rejoin the battle against the contagion, Opas added.

“Errors can occur during testing. The most important thing is that they found the root problem, which will help reduce flaws in our mission to detect Covid-19 cases,” he said.