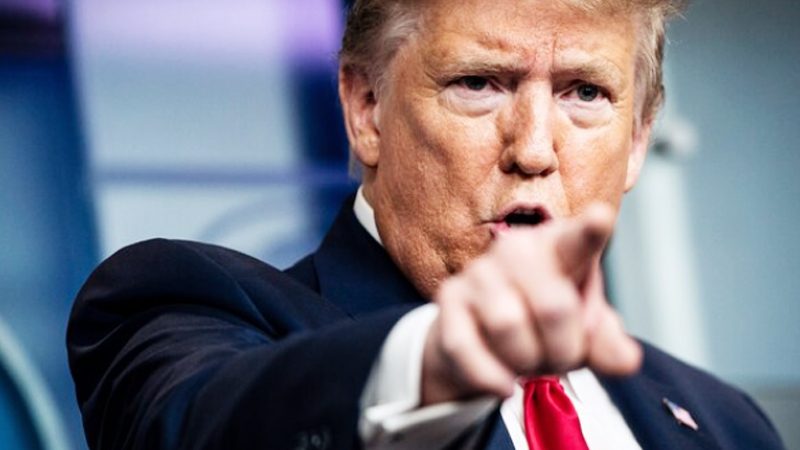 WASHINGTON - President Donald Trump on Wednesday vetoed a measure that would limit his authority to launch military strikes against Iran absent congressional approval - a long-expected move from the commander in chief that had been delayed due to the ongoing coronavirus pandemic.

The measure, chiefly authored by Sen. Tim Kaine, D-Va., earned bipartisan support on Capitol Hill and came after Trump ordered a drone strike that killed top Iranian military commander Qasem Soleimani and several leaders of Iraqi militias in Baghdad. It first passed the Republican-controlled Senate in mid-February on a 55-to-45 vote, and the Democratic-led House passed it, 227-to-186, on March 11.

In a formal statement released by the White House, Trump called the measure a "very insulting resolution" that Democrats introduced as a wedge issue to divide Republicans ahead of the November elections.

"The few Republicans who voted for it played right into their hands," Trump said in the statement.

He asserted that the war powers resolution would also "greatly" damage his responsibility to protect the United States' national security interests and said the strike that killed Soleimani was legal under existing authorizations for use of military force.

"We live in a hostile world of evolving threats, and the Constitution recognizes that the president must be able to anticipate our adversaries' next moves and take swift and decisive action in response," Trump said. "That's what I did!"

Even during the height of the Iran debate earlier this year, few lawmakers expected that the president would sign a measure into law that would considerably restrain his national security powers. But backers had hoped the bipartisan support for the Iran measure would send a message to the administration about Congress' role in acts of war and begin to reassert lawmakers' authority in such national security matters.

The Trump administration had given shifting explanations of the basis for the Jan. 3 strike that killed Soleimani, including that he had posed an imminent threat to U.S. personnel in the Middle East and that it was retaliation for an attack on a U.S. base in Iraq that killed a U.S. contractor.

Aides to Senate Majority Leader Mitch McConnell, R-Ky., did not immediately respond to a request for comment on when the chamber would hold an override vote, which is almost certain not to meet the two-thirds threshold to successfully overturn a veto. The Senate would move first on a vote since the legislation originated there.

Kaine, in a statement, urged his colleagues to vote to override the veto.

"Unless there's a carefully reached consensus in Congress that war is necessary, we should not be sending our troops into harm's way," he said.

A president usually has 10 days to veto a bill from Congress, excluding Sundays. But the actual transmission of the congressional resolution to the White House was delayed for nearly two months as Congress left Washington due to the coronavirus pandemic, according to aides.