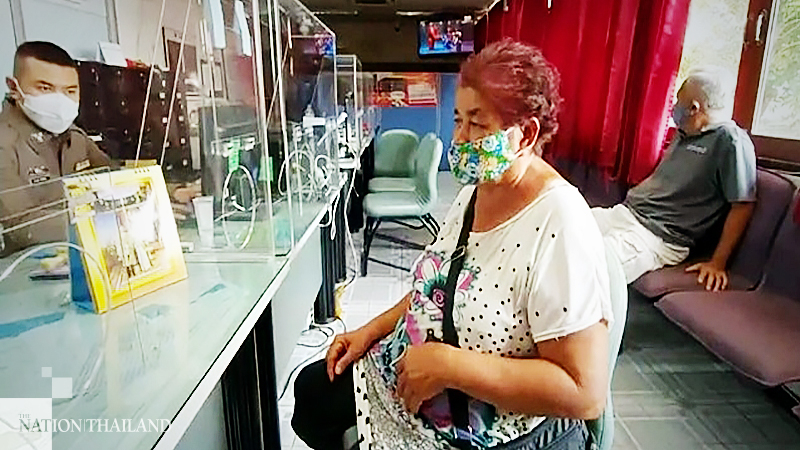 Singburi police were called to intervene yesterday when a family feud over a Bt5,000 government remedial payment turned ugly.

A woman complained to local officers that her son-in-law had cancelled a payment meant for her after an argument broke out over money.

Local vendor Chaweewan Klaisri, 60, said she had asked her son-in-law, Kritsana, 43, to help her register for the Bt5,000 payment. She offered him Bt500 in return for the service.

However, while the application was being processed, the family received a Bt2,000 remedial payment from the local government. Chaweewan said her son-in-law asked for a share of the money. When she refused his request he flew into a temper, then promptly cancelled the Bt5,000-payment application and insulted her.

Kritsana told police that Chaweewan had kept the Bt2,000 to herself when it was supposed to be shared among the family. He said he cancelled the application because she was not affected by the crisis and was able to sell her products every day.