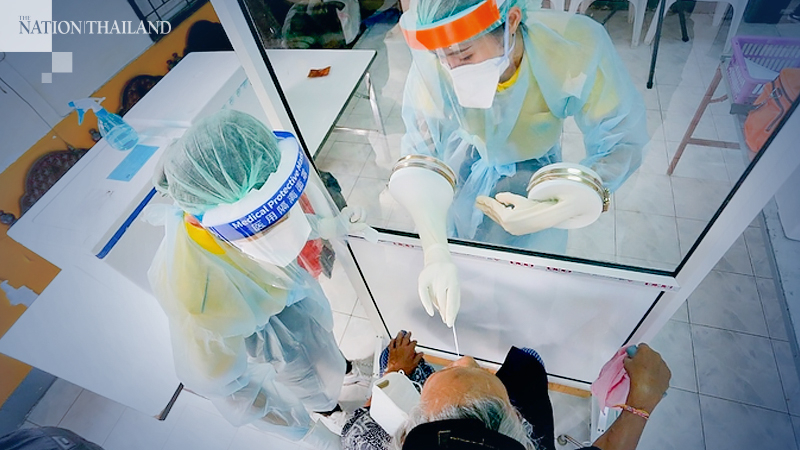 The Department of Disease Control (DDC) aims to test an average of 6,000 persons per million population, or 85,000 samples per month, for Covid-19, as part of long-term disease-control measures, DDC director-general Dr Suwanchai Wattanayingcharoenchai said on Thursday (May 7).

“The DDC will use proactive measures to expand the scope of the testing to cover those residing in or returning from high-risk areas and having high-risk habits or careers, as currently we are mainly focused on those who have had close contact with confirmed patients,” he said. “Although Thailand is seeing fewer numbers of new cases, these measures are necessary to prevent a second wave of the pandemic, which could happen if people do not follow social distancing practices.”

According to the director-general, examples of high-risk habits or careers could be found in labourers who reside in crowded lodgings, prisoners, bus drivers and conductors, taxi drivers, and medical staff.

Suwanchai further explained that to test in higher numbers, the DDC will use the more economical technology of saliva testing instead of testing from nasal cavity. “With this method, we can test pooled samples of 5-10 samples at a time, which should allow us to achieve the target of 6,000 persons per million population, or 85,000 samples per month,” he added.

Suwanchai also added that the DDC had conducted polls to survey people’s habits during Covid-19 eight times from January to May 5. “The results from 27,843 samples show improvement,” he said. “For example, more people wash their hands regularly -- up from 61.2 per cent in the first survey to 92.7 per cent in the eighth survey. The wearing of face masks when going outside also increased from 56.2 per cent to 74.6 per cent, while awareness of social distancing measures jumped from 72.3 per cent to 94.1 per cent.”