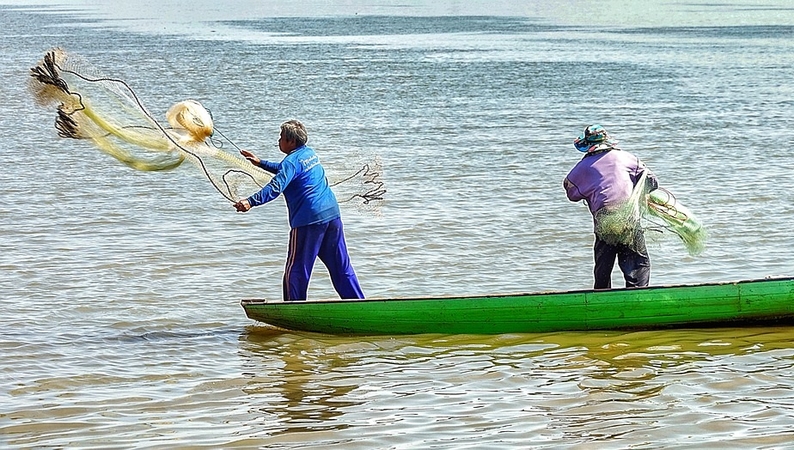 Nong Khai province will lift the 10pm to 4am curfew for fishermen, because fishing at night results in a better catch, provincial governor Ronnachai Jitwiset said on Friday (May 8).

“The level of water in the Mekong River has been rising since April 27 after several weeks of drought, making it possible for local fishermen to go out to fish again,” he said. “However, they are not able to fish during the night hours due to the curfew, and the catch during the day is not big enough.

“Hence, I have told district chiefs and village headmen in the province to issue licences to fishermen so they can leave their homes at night for the purpose of fishing,” he added.

“Every fisherman is required to fill a form, with their name, address and the hours they will be working, and submit it to the provincial authorities to get a licence.”

Meanwhile, Boon-Oom Sangsuwan, 57, a local fisherman said that under normal circumstances, night-time fishing resulted in a catch of up to 8 kilograms.

“Fish vendors bought the catch for Bt220 to Bt450 per kilo depending on the type of fish caught,” he said. “Now, however, they are only willing to pay Bt180 per kilo, saying that there are few customers due to the lockdown.”

He also said that he is now seeing more new faces among the local fishermen and speculated that these newcomers might be people who have lost their jobs due to the Covid-19 outbreak and are having to rely on fishing to feed their families.