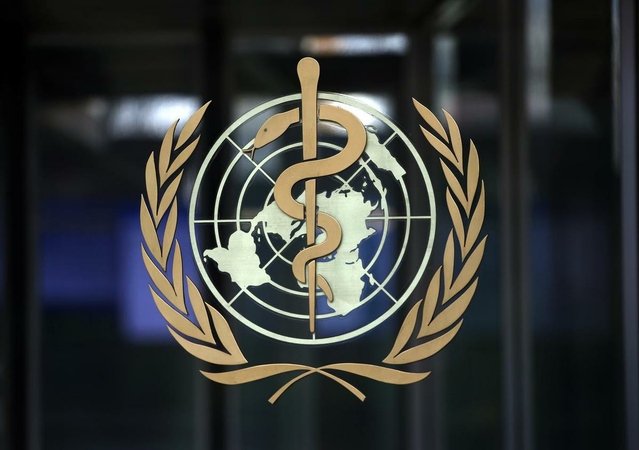 File photo: the emblem of the WHO. [Photo/Agencies]

The novel coronavirus belongs to a group of viruses that are found in bats, an expert from the World Health Organization said at a press briefing amid international debate on the origins of the disease.

Peter Ben Embarek, a WHO scientist who studies animal-to-human transmission of diseases, said that there is evidence that cats and other felines are susceptible to the disease. He said it is important to establish which animals can get infected in order to monitor potential reservoirs for the virus.

Embarek said it is safe to say that a traditional food market in Wuhan played some role in the spread of the disease, though the WHO is yet to determine the source of the disease or which exact animal species it came from initially.

He said that the novel coronavirus finds its origins in animals, much in the same way that previous outbreaks of diseases, including SARS, MERS and types of bird and swine flu,began through close contact between humans and other species. Embarek was speaking at aUN news conference on Friday, amid ongoing discussions around the globe about the origins of the novel coronavirus.

Some politicians in the United States and elsewhere have promoted the theory that the novel coronavirus was engineered or manipulated by scientists in a laboratory setting.

"The origin is not unique, we have seen several of these events," Embarek said. "It is not unusual to have these events but of course this one is totally unique in the scale and size of how it has impacted public health and our daily life in recent months."

Embarek said further research needs to be done to uncover the precise source of the disease. He said that while the food market in Wuhan played a role in the spread of the disease, the WHO does not know if the virus first infected humans at the market, or if the spread of infection was amplified there. They also do not know if an animal was the first to spread the virus at the market, or if an infected person arrived at the market and transmitted it to other people.

Embarek said that it is vital that sanitary standards are improved at traditional food markets, which act as a source of fresh produce for millions around the world.

"Food markets are often overcrowded, in poor condition, and maintaining hygiene and food safety is difficult, so it's not surprising that these events happen," he said. "It is therefore critically important that we pay more attention and give more resources to improving traditional food markets."

He said that more research needs to be done to establish what animal species are susceptible to COVID-19 infection. This is because some species could act as reservoirs for the virus, and potentially trigger future outbreaks.

Cats are known to be susceptible to infection and can pass on infection to each other. Embarek said there is some evidence that dogs are also susceptible, but to a much lesser extent. He said that pigs and poultry are not known to carry the virus. More work needs to be done to establish susceptibility in other farm animals.