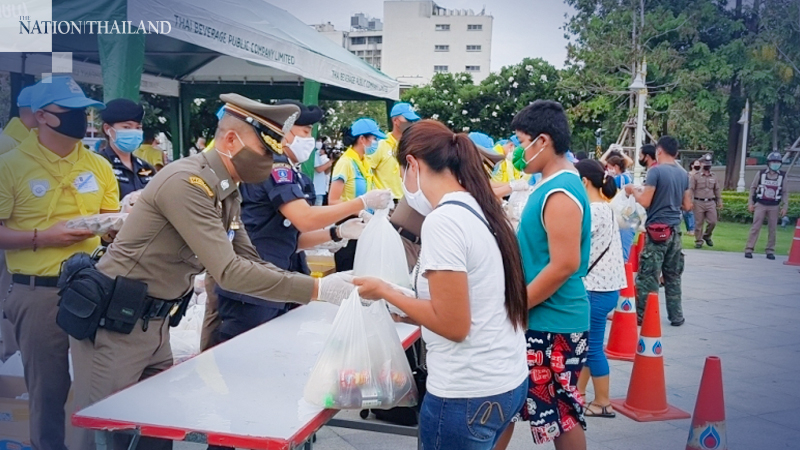 Police officers from Ratchawallop Police Retainers, King's Guard 904 and Patrol and Special Operations Division (or 191 Patrol) handed out 500 bags of relief supplies to people impacted by Covid-19, at King Rama I Monument near Phra Buddha Yodfa Bridge on Friday (May 8). 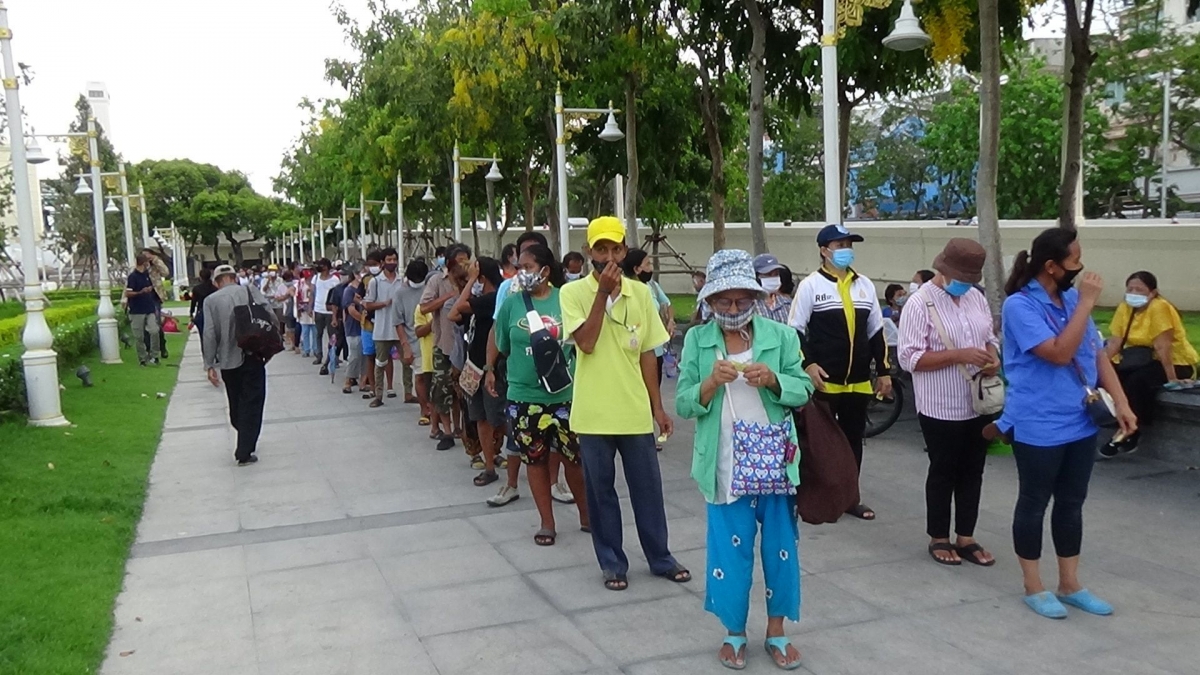 “We chose this place because they were homeless and were people who had been laid off due to the curfew order,” he said. “We will hand out bags of relief supplies every Friday until the situation returns to normal.” 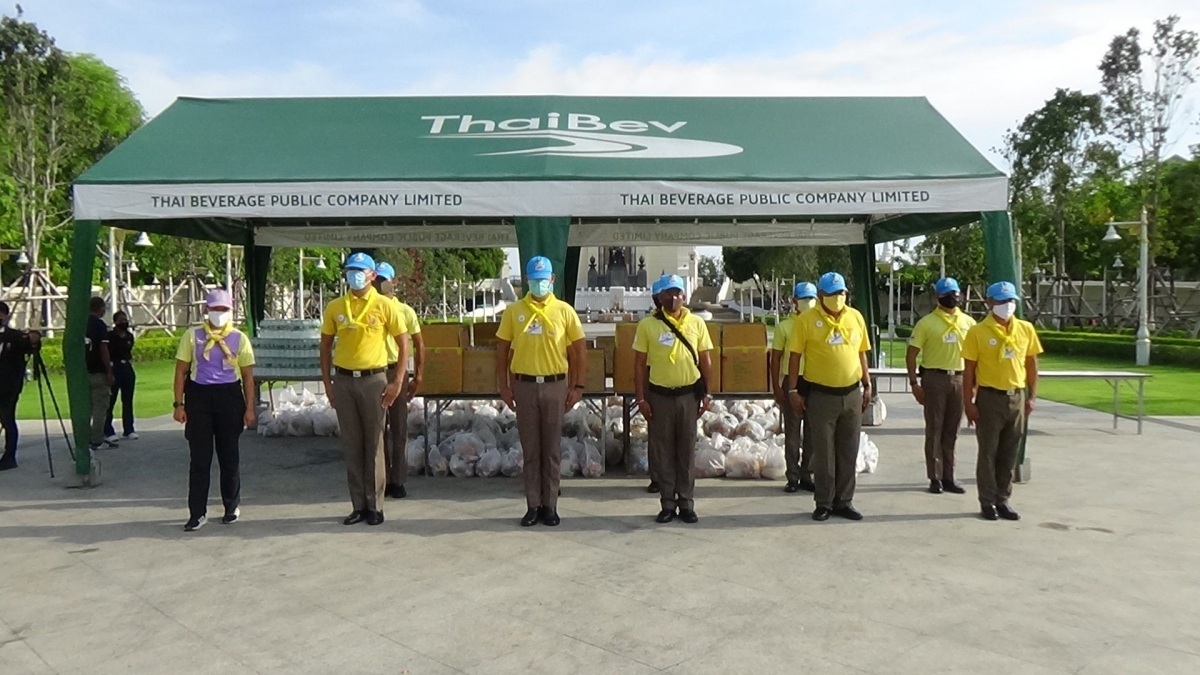 He added that some relief supplies were donated by private organisations, adding that this move followed the policy of the Royal Thai Police to alleviate people's suffering. 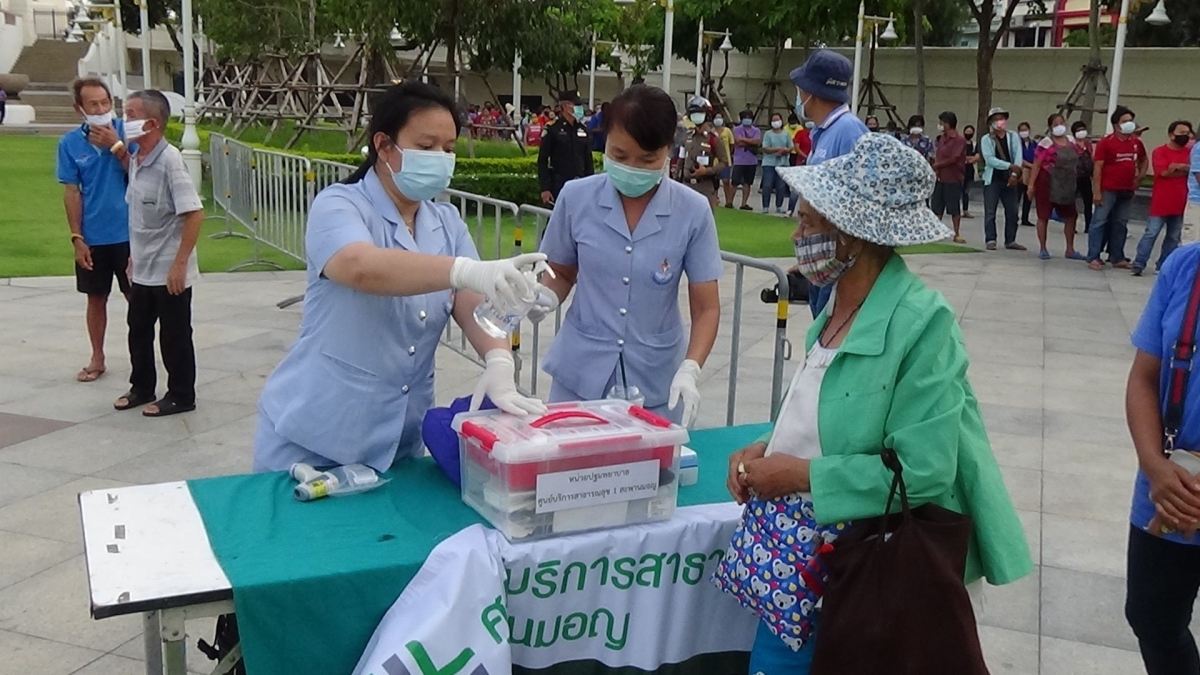 “Therefore, we would like to ask people who have already received bags of relief supplies from us to not queue up again,” he added.

Meanwhile, a 50-years old male who lives in the area, said that he felt glad the government authorities were handing out consumer goods to help people because he is currently facing difficulties in finding a new job, especially during the Covid-19 crisis. 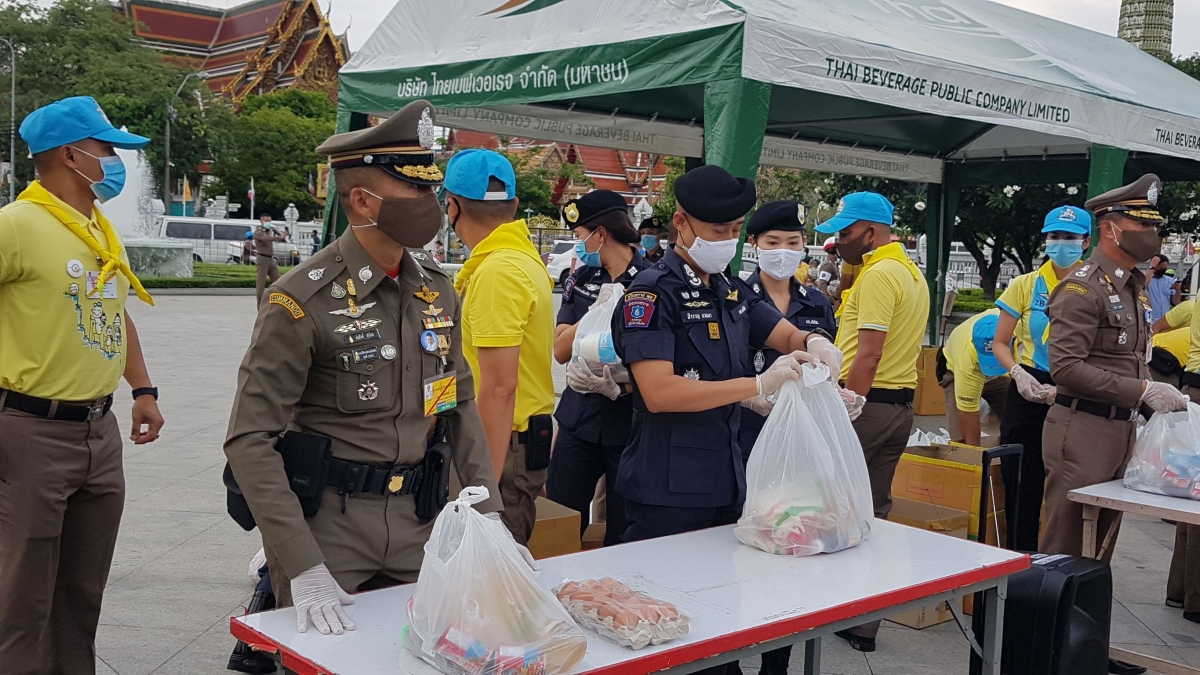 “Previously, private officials had handed out meals to people in this area,” he said. “We want other agencies to also hand out bags of relief supplies instead of meals because we can cook meals for our families, and we can use the supplies for cooking on other days as well.”