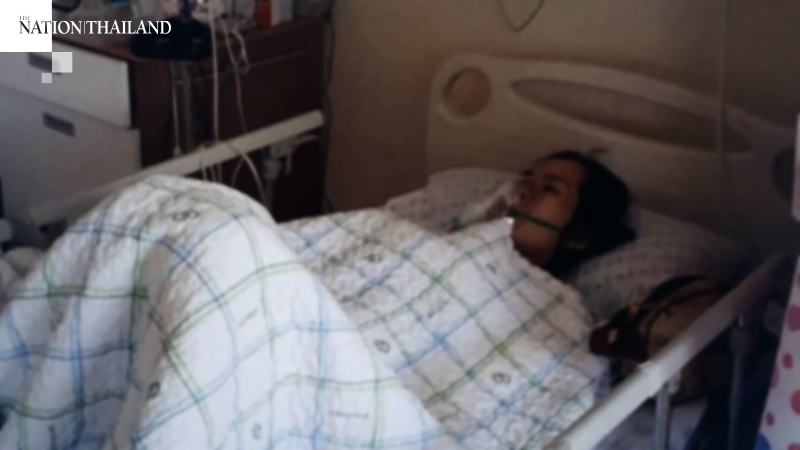 A Thai woman whose tuberculosis condition is getting worse in South Korea wants to return to her home country.

Kawinnart Takee has posted on Facebook the story of Omdeun Rodchareon, 30, an immigrant worker in South Korea who is in need of help.

Omdeun was taken to a hospital in Cheongju and because of the Covid-19 situation, she was not allowed to leave the country.

After she began to lose her voice, she wrote a message and recorded a video saying she wanted to go home.

Her husband said that the hospital charged them Bt300,000, which he could not afford to pay. So, Kawinnart decided to contact the Thai consulate in the hope of bringing her back.