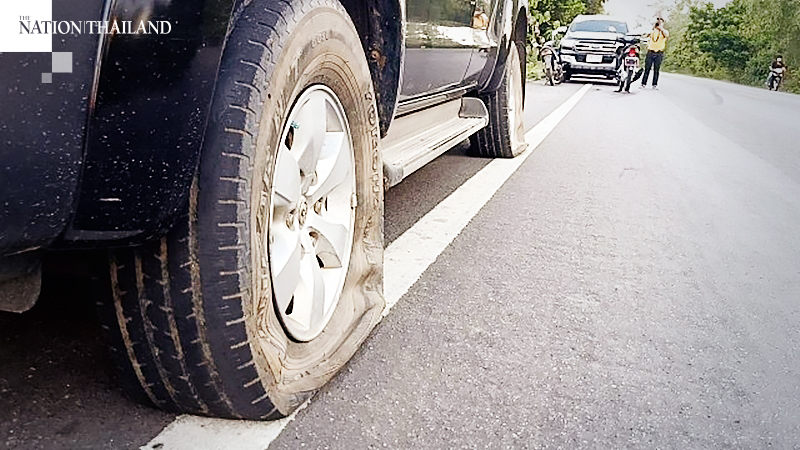 Bystanders in Buri Ram’s Nong Rong district ran for cover when there was a hail of bullets as police officers tried to stop a drug dealer’s black pick-up truck on Monday (May 11).

After chasing the vehicle for 10 kilometres, they managed to bring the truck to a standstill by shooting all its tyres, though the offender remained unfazed and continued shooting back.

The incident was recorded on video by one of the officers, who eventually managed to arrest the suspect, known only as Kangsaranon, 30, and seize his cargo of drugs.