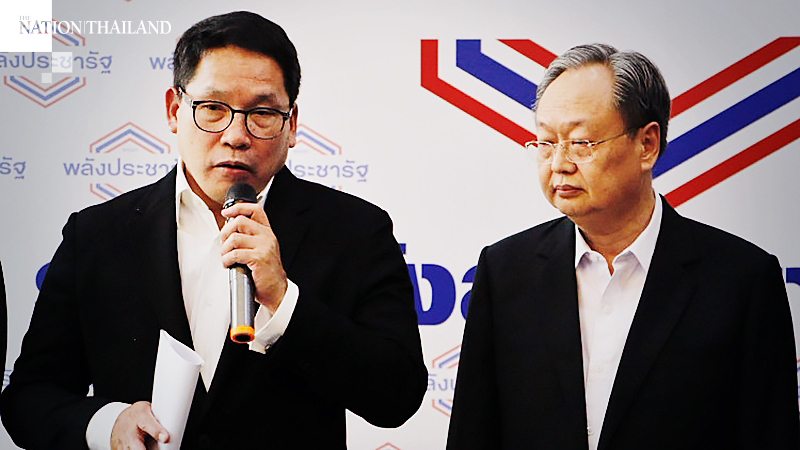 Finance Minister and Phalang Pracharat Party (PPRP) leader Uttama Savanayana remained tight-lipped about the leadership battle reportedly roiling his party, after holding talks with PPRP bigwigs ahead of the Cabinet meeting on Tuesday (May 12).

Uttama said at 7.30am that he joined Energy Minister Sontirat Sontijirawong and Higher Education Suvit Maesincee for two hours of talks with Deputy Prime Minister Somkid Jatusripitak before the weekly Cabinet meeting.

He revealed that conflicts within the PPRP had been discussed at the meeting, but declined to comment further.

Sontirat added that information about the party conflicts had already been disclosed to the media during previous press interviews.

The meeting followed weeks of rumour that Deputy Prime Minister General Prawit Wongsuwan is battling to take over as leader of the core coalition party ahead of a Cabinet reshuffle, in a tussle between its military and economic factions.

Somkid said that Prime Minister Prayut Chan-o-cha had earlier held a meeting to resolve the discord within Phalang Pracharat and that party strategist Prawit had attended.

When asked about a Cabinet reshuffle, Somkid declined to say it would not happen but said that he had no idea about it.