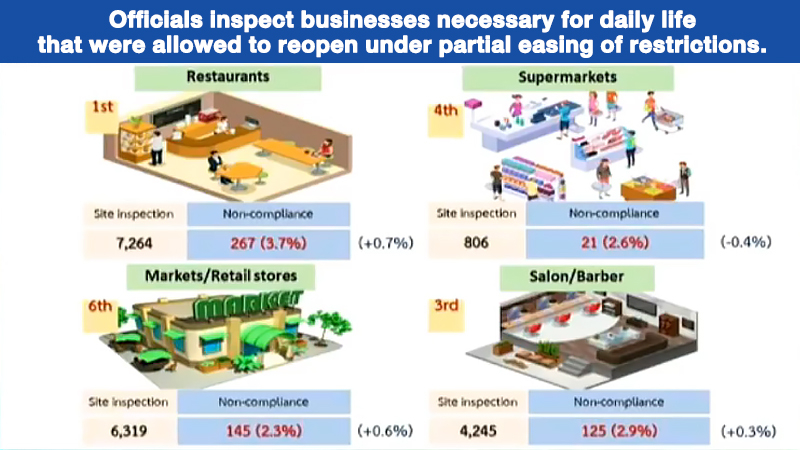 Many people appear to have let their guard down and are disregarding measures to curb the spread of Covid-19 now that restrictions are being slowly eased. Story:

Dr Taweesin Visanuyothin, spokesman for the Centre for Covid-19 Situation Administration (CCSA), said that though there were just two new confirmed cases on Tuesday (May 12), people should not stop taking precautions as the virus is still alive in the country and the situation in other countries is getting worrisome.

Based on information collected by the CCSA, non-compliance of measures was noticed in 2.7 percent of sites on May 7 and 2.9 percent on May 11.

On May 11, officials inspected 20,091 locations and found that 14,134 had fully complied with prevention measures such as social distancing, wearing of face masks and providing hand-sanitising gel.

The officials also found that while 5,372 locations or 26.7 percent partially complied with the rules, 585 or 2.9 percent completely ignored them.

Restaurants and public parks were the biggest culprits when it came to disregarding prevention measures.

On May 11, authorities inspected 7,264 restaurants and found that 267 or 3.7 percent were non-compliant, a number that rose 0.7 percent from the previous day.

Officials inspected 471 public parks nationwide on May 11 and found that 15 or 3.2 percent were ignoring the measures, or 0.5 percent more than the previous day. 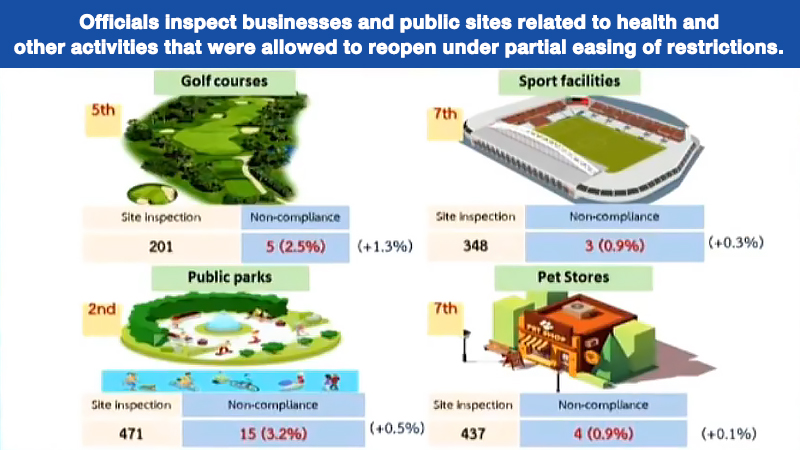 Of the 4,245 beauty salons and barbers inspected, 125 or 2.5 percent were found to be ignoring prevention regulations.

Officials also visited 201 golf courses and found that 5 or 2.5 percent were non-compliant, up 1.3 percent from the previous day.

The government is planning to let more businesses reopen on May 17, with department stores, beauty clinics and foot-massage parlours expected to be among them. This will be the second phase of reopening after the first phase kicked off on May 3.