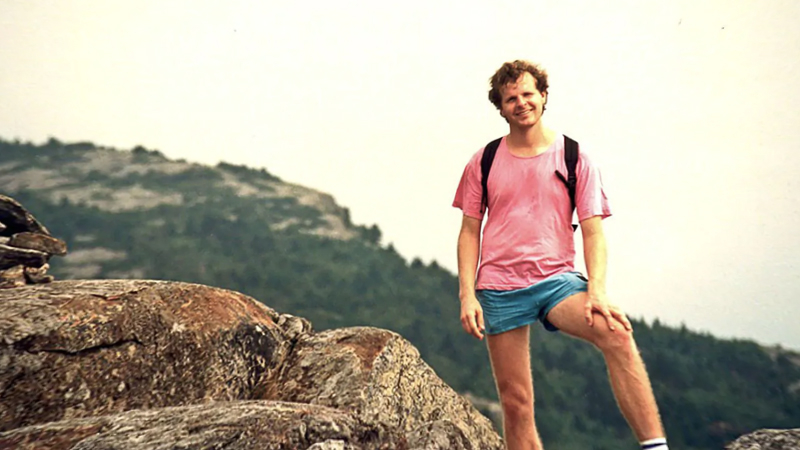 By Special To The Washington Post · A. Odysseus Patrick

SYDNEY - Australian police on Tuesday arrested a man over the killing 32 years ago of an American university student whose death came to symbolize an indifference in Australian culture toward violence against homosexuals.

Scott Johnson, a 27-year-old PhD math student who had studied at the California Institute of Technology and Britain's Cambridge University, was thrown from a Sydney cliff, naked, in 1988 in an anti-gay hate crime, a coroner in New South Wales state ruled two years ago.

At the time of the initial investigation, police failed to take the case seriously, and decided Johnson had killed himself, even though he had shown no signs of depression, had not left a suicide note, and his wallet was missing.

In the 1980s, however, packs of young men roamed popular meeting places for gay men, intending to bash and rob them. Gay men were told to carry whistles to call for help if they were attacked.

Victims were often too scared to complain to the police. The officers sent to examine Johnson's body did not have backgrounds in homicide investigations. They refused to believe that the top of cliff where Johnson was found, known for panoramic views of Sydney Harbor, could be a gay beat.

"It was pretty horrendous at that time," said Nicolas Parkhill, chief executive of the state's largest gay and lesbian health organization, ACON.

"You had the HIV epidemic and certain politicians were calling for gay men to be quarantined. Australian culture was still very homophobic."

Faced with pressure from the Johnson family and evidence that it had ignored endemic violence against Sydney's gay community for years, in 2018 the New South Wales police force offered a reward of 1 million Australian dollars (about $650,000 at today's exchange rates) for information about Johnson's death.

On Tuesday, in the prosperous Sydney suburb of Lane Cove, police officers from a task force set up to investigate the killing arrested a 49-year-old man and later charged him with murder. He is expected to appear in court Wednesday. Police haven't disclosed his name.

The state's police chief, Mick Fuller, phoned Steve Johnson to break the news, a call he later described as a "career highlight." The two men had met for dinner in March last year in Boston, where Johnson, who had hired a private detective, outlined leads in the case he believed the police had missed, according to a detailed account published by Business Insider.

In a video recording sent to reporters, Johnson described the arrest as a "near miracle" that signaled police attitudes had changed.

"Scott died violently as so many other gay men did in the 1980s and '90s in a world full of anti-gay prejudice and hatred," he said. "All the men who died need a voice and in some small way I hope Scott has provided it."

Gay and lesbian advocates give the Johnson family credit for the shift in official attitudes, including a 2016 decision by the police to review the deaths of 88 men and transgender women killed between 1976 and 2000 - including Scott Johnson - to determine if their deaths were hate crimes.

"They have kept the issue of hate crimes against the LGBTI community on the agenda this whole time," said Nicole Asquith, a spokeswoman for the Australian Hate Crime Network.

"It's an amazing moment to see one of those homicides come to the point where it can result in the arrest of an offender."