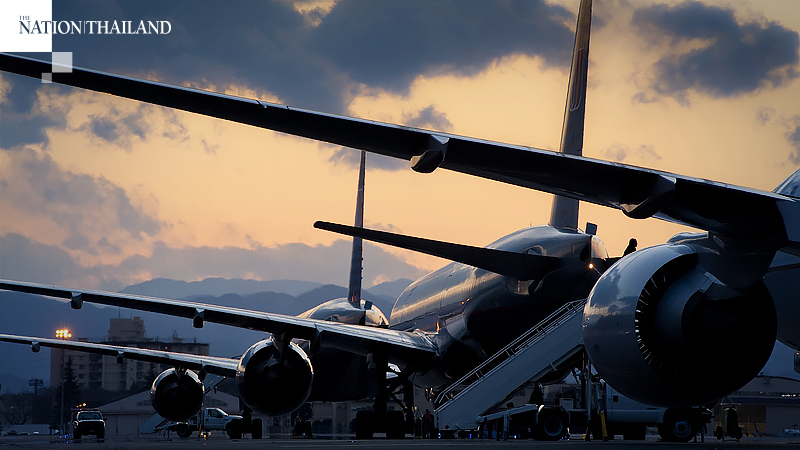 WASHINGTON - Amid an avalanche of complaints about airlines refusing to refund tickets for trips canceled because of the novel coronavirus, the U.S. Department of Transportation on Tuesday issued a notice to make travelers aware of their rights and remind carriers of their obligations under consumer protection laws.

Travelers, who typically file about 1,500 complaints a month with the Transportation Department, filed more than more than 25,000 in March and April, officials said. Many of those complaints were from people angry that airlines had denied them ticket refunds.

The "enforcement notice" issued by the department Tuesday - its second - does not guarantee consumers will receive refunds, but offers them additional information about their rights. It also puts airlines on notice about their obligations to consumers and reminds them they could face consequences for refusing to comply.

"The Department has received an unprecedented volume of complaints from passengers and is examining this issue closely to ensure that airlines' policies and practices conform to DOT's refund rules," Transportation Secretary Elaine Chao said in a statement that accompanied the announcement. "The Department is asking all airlines to revisit their customer service policies and ensure they are as flexible and considerate as possible to the needs of passengers who face financial hardship during this time."

Airlines' refusal to issue refunds has become a flash point among consumers and lawmakers in part because the industry received more than $50 billion in bailout funds as part of the $2 trillion coronavirus relief package known as the Cares Act.

The enforcement notice came on the same day the Transportation Department also announced that it will allow carriers to further reduce the number flights they operate. As a condition of receiving Cares money, airlines were required to maintain a minimum level of service. But many carriers have argued that with so few people traveling, it makes no sense to continue flying certain routes. Federal transportation officials have agreed, in some cases, giving more than a half dozen carriers, including JetBlue, American and Spirit, permission to temporarily discontinue service to certain cities.

"To promote the important continued operation by carriers throughout the economic recovery, the Department will allow covered carriers to reduce the number of points they must serve as a proportion of their total service obligation, while ensuring that every community served by a covered air carrier prior to March 1, 2020 will continue to receive service from at least one covered carrier," according to the notice issued by the department.

Carriers have until Monday to request further flight exemptions.

While some local communities have pushed back against further flight reductions, consumers and advocates are focused on fighting to ensure airlines are abiding by refund policies. Many airlines have offered travel credits or vouchers to consumers instead of refunds.

"They are receiving no cash refunds from canceled flights because they are given misleading and sometimes deceptive responses when they go to claim those cash refunds," Sen. Richard Blumenthal, D-Conn., said at a Senate Commerce Committee hearing last week. "Instead they are given vouchers of questionable value. They need that cash in their pockets to put food on the table, and pay their rent and utilities. They feel betrayed."

Nicholas Calio, who leads the industry trade group Airlines for America, said that he understood the senator's concerns, but that airlines were well aware of their legal obligations to provide refunds when the carrier cancels a flight.

"If a passenger under current law and regulation is entitled to a cash refund they are getting it," Calio said.

However, he said going further and requiring airlines to offer refunds when the customer cancels would be a significant drain on airlines' finances and could push them to bankruptcy.

Airline executives said they have taken aggressive steps to cut expenses amid the worst economic downturn in industry history. Carriers have slashed service and mothballed more than 3,000 aircraft, roughly half their fleets. U.S. airlines carried 51 percent fewer passengers in March compared with the same month a year ago, according to figures released Tuesday by the Bureau of Transportation Statistics. Daily statistics from the Transportation Security Administration indicate the figures for April will be far lower still.

In March, a group of nine senators, including Blumenthal, wrote to airlines saying that the pandemic was putting an "enormous financial strain on millions of Americans," and that carriers "had a moral responsibility to provide real refunds, not travel vouchers" to consumers.

Based on information received from airlines, the lawmakers later estimated that carriers could be holding on to as much as $10 billion in consumer cash.

"If these companies released that money back to the public, it would provide a significant stimulus for struggling families," the group said. "That's why we once again urge the airlines to end their anti-consumer policies and offer real refunds during this emergency."