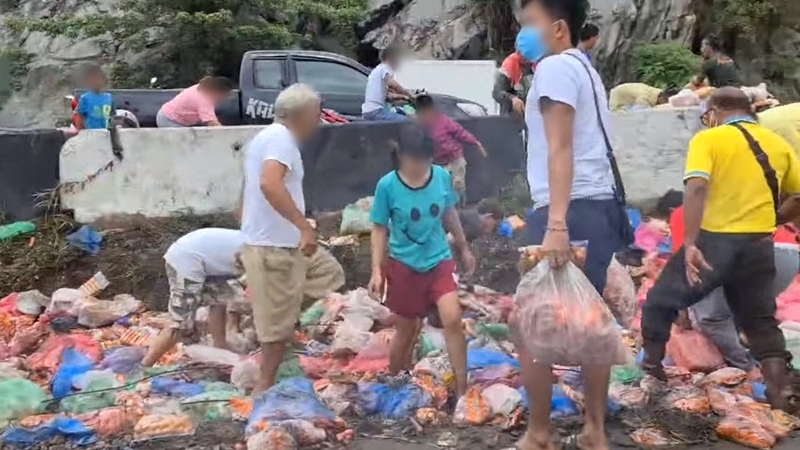 Traffic on the Saraburi-Korat Mittraphap Road came to a standstill on Monday (May 11) when people stopped their cars to pick up sausages that were scattered on the road after a truck flipped over.

A clip of the incident, which went viral, was posted on May 12 by a person who was caught in the congestion.

Netizens have slammed this behaviour, with many saying this was unlawful and legal action should be taken.

The driver, who was in hospital being treated for back injuries, contacted the person who posted the clip to explain his situation. He said the truck’s cargo of 10 tonnes of sausages was stolen and that he personally will have to cover the cost, which far exceeds the amount covered by insurance.