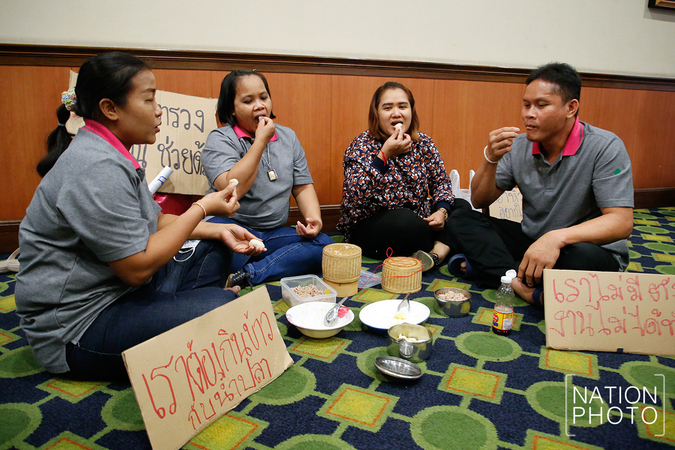 Up to 180 workers gathered outside the Nakhonluang Nylon Socks Co factory in Nakhon Pathom to demand their dues, saying they have not been paid properly for more than two months and can afford no more than fish sauce and rice for their meals.

They have also been cheated out of their social security benefits because the company has not been contributing for the past seven months.

Surin Pimpa, president of the Metropolitan Textile Business Union, led the workers to hand a petition for immediate action to Apinya Sujarittanan, chief of the Department of Labour Protection and Welfare. She also said the company has been using the Covid-19 crisis as an excuse to hold back payments for more than 180 Thai and migrant workers. 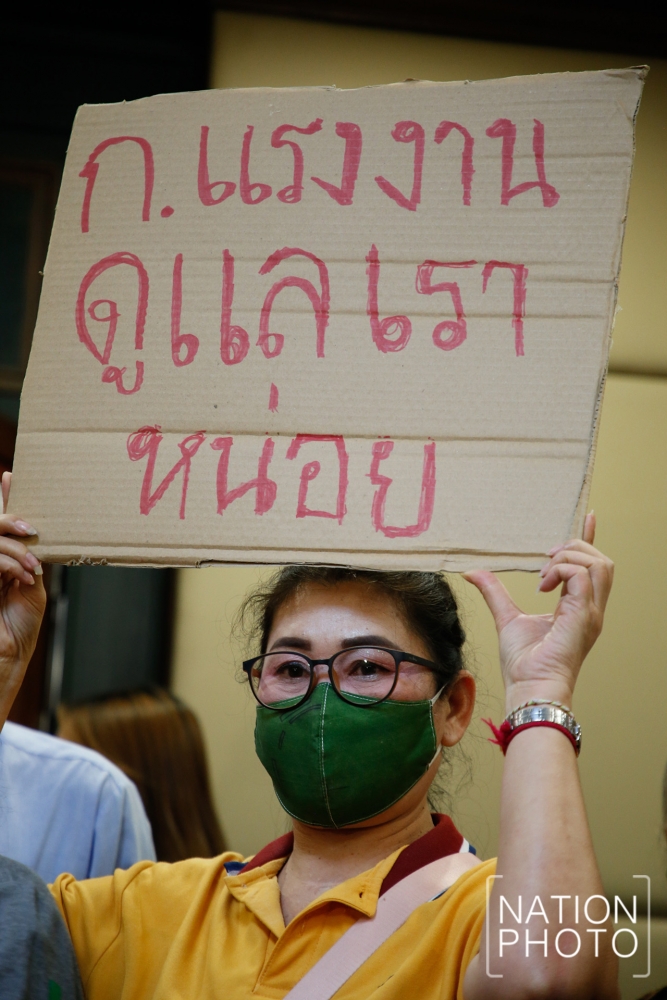 Nakhonluang Nylon Socks Co had been facing financial problems even before the virus hit the country. It has been claiming for a while that it does not have capital to purchase raw materials and has sold many of its machines.

It was further hit by the lack of orders once the Covid-19 outbreak began, and decided to dissolve some departments. However, employees were only verbally informed, not in written form.

It also only paid employees Bt2,000 twice a month, instead of their full wages.

Employees were only told to stop working in some departments, but were given no advance notice in writing. The company also rescheduled shifts without advance notice. Also no clear compensation measures or reason behind the loss of their jobs was provided.

No social security payments were made from August 2019 to February 2020, resulting in employees losing their rights to seek assistance from the Social Security Office over the loss of jobs due to the Covid-19 crisis.

The union chief said she wants DLPW to mediate negotiations with the company and ensure the workers get paid as per the country’s labour laws.