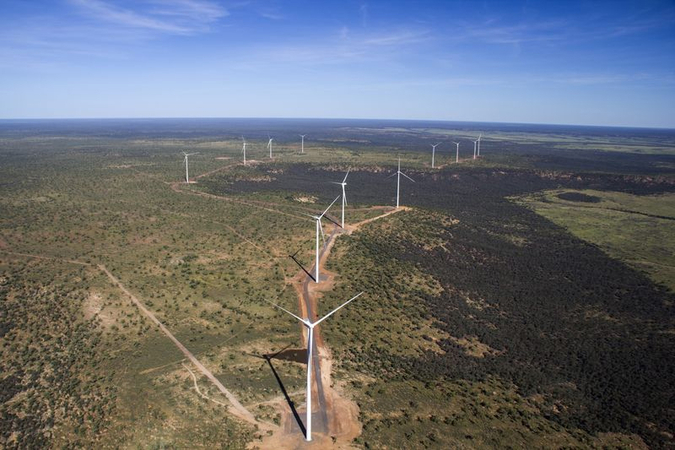 But its plan to fast-track a pipeline of solar and wind projects in the sun-kissed nation and inject as much as A$50 billion ($32 billion) into the economy faces a formidable opponent in a government-backed fossil fuel industry, which counters that there's at least that much in natural gas expansion projects awaiting the green light.

Early signs suggest Prime Minister Scott Morrison's center-right government will be reluctant to cut its strong ties to the resources sector and commit whole-heartedly to de-carbonization, even after one of the worst wildfire seasons on record brought climate change to the fore in one of the world's biggest per-capita polluters.

The government may find itself increasingly out of step with the rest of the world -- a recent survey led by Nobel laureate Joseph Stiglitz showed strong support among policymakers globally for climate-friendly measures to lead the post-covid recovery. That movement is being led by the European Union. The region is pushing through a Green Deal strategy that will set out more ambitious targets for greenhouse gas emissions, despite attempts to slow its progress by member states more reliant on fossil fuels.

"Let's turn this moment of crisis into a moment of opportunity," John Grimes, head of the Smart Energy Council, a body that promotes the solar and storage industry, said in an interview. "Australia stands out as a global laggard on climate change. For us to flip that and become a global leader would send a huge message to the world."

Australia has some of the best solar and wind resources on the planet, according to the Clean Energy Council, a Melbourne-based lobby group that proposed the fast-tracking of renewable projects. That comes as Energy Minister Angus Taylor calls for a "gas-fired recovery" to power a revival of the dormant manufacturing base.

The gas industry's contribution to the economy cannot be underestimated. Australia vies with Qatar for the mantle of the world's top liquefied natural gas exporter, and the start of several large facilities over the past decade played a major role in the country dodging recession in the wake of the global financial crisis.

However, gas's potential to drive the recovery could be more limited this time around. The nation's main oil and gas companies, Woodside Petroleum Ltd. and Santos Ltd., have both deferred investment decisions on export-focused growth projects, and are unlikely to progress them until there's a sustainable recovery in oil prices.

Australia's manufacturing sector has long complained that the high cost of domestic gas makes it uncompetitive in global terms. With prices down sharply due to this year's oil market rout, policymakers in Canberra see an opportunity to rebuild fuel-intensive industries such as chemicals and fertilizer production.

The government's plan is to streamline the environmental approvals process to bring on new resources for the domestic market, such as the Narrabri gas project in New South Wales. Narrabri's developer Santos has already secured preliminary agreements with industrial customers such as Malaysia's Perdaman, which plans to build a new ammonium production facility nearby.

In Grimes' view, the government has "an ideological blind spot" when it comes to clean energy. He questioned the logic of investing in gas when solar and wind already offer a cheaper, greener alternative.

His view is backed by prominent economist Ross Garnaut, who has been leading calls for a de-carbonized economy for more than a decade. Garnaut's 2019 book "Superpower" argued that Australia's natural advantages in renewable power give it the potential to be an economic giant in a post-carbon world.

"The costs of accelerating the transition are very low for Australia, and if we do it right, those costs will be negative," Garnaut told a clean energy summit on May 6. In a zero-emissions world, Australia would be "the natural low cost place" to manufacture aluminum.

Developing so-called green steel, made using hydrogen from renewable power rather than metallurgical coal, could also help to arrest years of decline in that industry, according to a report this week by the Grattan Institute think tank, which identified a A$65 billion export opportunity in green steel production.

The industry is also looking into the potential to export renewable power. Producing hydrogen from solar and wind is one avenue being explored. An ambitious plan is also being developed to export solar power from a giant plant in Australia to Singapore via a 4,500 kilometer (2,800 miles) undersea transmission cable. Two of Australia's richest people, Atlassian Corp. co-founder Mike Cannon-Brookes and Fortescue Metals Group Chairman Andrew Forrest, have invested in the project, which is targeting commercial operation in 2027.

However, the clean energy industry faces its own challenges. Investment in the sector tapered off in 2019, after surging in the two years prior, as policy uncertainty and grid constraints combined to stem the flow of capital. Failure to adopt policies that encourage more renewables into the system means potential gains in energy productivity are being lost, according to a Monash University study.

As the country slowly emerges from its Covid-19 hibernation, the question is whether its leaders have the political will to take a greener path to recovery.

"Federal support is greatly needed if Australia is to make significant improvements in energy productivity," said Mita Bhattacharya, a senior lecturer in economics at the Monash Business School. "Continuing high dependence on fossil fuels is hampering Australia's ability to transition to a low carbon dioxide economy."