KUALA LUMPUR: It was somewhat a positive surprise for Malaysia as the economy narrowly escaped a contraction in the first quarter (Q1) of 2020 with a 0.7% growth, beating worse market predictions earlier.

The much-unexpected relief, however, could well be short-lived.

Bank Negara governor Datuk Nor Shamsiah Mohd Yunus, who is usually selective with her words, has warned that the economy would likely experience “quite a deep” contraction in the second quarter.

The last time the economy dived into a negative territory was in Q3 2009, with a gross domestic product contraction of 1.1%.

Speaking at a virtual media briefing, she also said that the country’s labour market conditions are expected to worsen in the April-June 2020 period, with the unemployment rate exceeding above 4%.

As for the ringgit, which has depreciated by 4.9% against the US dollar in Q1, exchange rate volatility is expected to continue, moving forward, as uncertainties persist in the near term.

However, on the bright side, Nor Shamsiah said the economy could bottom out in Q2 this year before recovering from Q3 onwards.

The key catalysts would be gradual lifting of containment measures as pandemic risk subsides, significant economic policy stimulus as well as gradual normalisation of economic activity and financial conditions.

Nor Shamsiah (file pic below)also said that the country’s unemployment could improve in the second half of the year as rehiring picked up on gradual economic recovery. 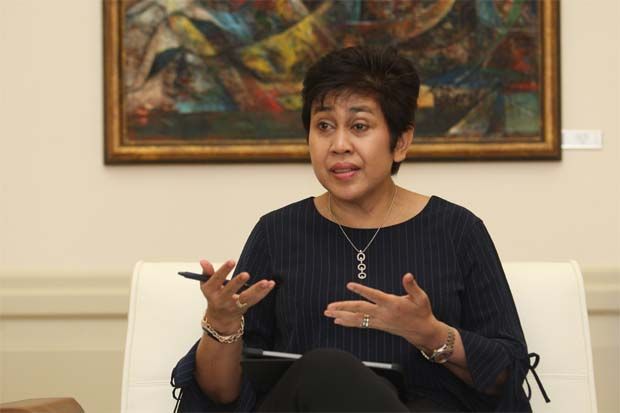 On inflationary pressures, she pointed out that it is expected to be muted in 2020.

“While average headline inflation in 2020 is expected to turn negative, risk of deflation is limited.

“This is because the share of consumer items recording price declines remained at around 20%. Demand conditions are also expected to gradually improve as economic activity resumes, ” she said.

Considering the volume of uncertainties at the moment, Nor Shamsiah said Bank Negara has left its growth forecast for 2020 unchanged at -2% to 0.5%.

“We will provide a revised forecast in the second half of the year once there is more clarity in the data and outlook, especially in our major trading partners.

“Since our last forecasts made on April 3, much has changed in terms of assumptions, the MCO (movement control order) was extended for four weeks to almost two months now.

“We are also in relatively early stages of reopening the economy under the conditional MCO with implementation issues being resolved as industries prepare and adjust to new standard operating procedures, ” she said.

The 0.7% year-on-year economic growth in Q1, albeit a sharp moderation from the 3.6% in Q4 2019, came as a surprise as economists were expecting a 1.5% decline, based on a median forecast of 12 economists polled by Reuters.

On a quarter-on-quarter seasonally-adjusted basis, the economy contracted by 2% in Q1 this year.

The Q1 sharp growth moderation mainly reflected the implementation of the MCO.

After a steady expansion in the first two months of the quarter, economic activity came to a sharp downshift with the implementation of the MCO on March 18.

On the supply side, all economic sectors took a major hit, with either a contraction or slower pace of growth.

The services sector, which contributes more than half of the economic value, only grew by 3.1% in Q1, as compared with 6.4% in Q1 last year.

Meanwhile, the manufacturing sector expanded by 1.5% in Q1, down from the 4.1% growth seen in the same quarter last year.

In terms of expenditure, private consumption growth moderated to 6.7% in Q1, while public sector consumption also grew at a slower pace of 5%.

Nor Shamsiah was also asked whether the six-month loan moratorium, which was part of the second stimulus package, will be extended.

In response to this, she said: “The objective of the moratorium is to provide temporary cashflow relief to borrowers during the crisis.

“With the gradual resumption of the economic activities, what is important is for the banks to support the economic recovery by providing continued access to credit by households and businesses, ” she said.

On Malaysia’s GDP performance in the first quarter, OCBC Bank economist Wellian Wiranto said it appeared that the market had “underestimated the strength of the consumers to power on”.

“To be sure, the momentum did weaken considerably in Q1. In seasonally-adjusted sequential terms, growth shrank by 2% in Q1. This is the first time it has dipped into an outright contraction mode in at least a decade.

“Looking at some of the sub-components of the economy, any sense of joy would look terribly out of place, as well, ” he said.

Going into Q2, Wellian said the consumer’s strength would have been tested to the brink, bearing the brunt of the MCO partial lockdown measures and looming job concerns.

“Still, there is enough juice from Q1 for any expectation for further overnight policy rate cuts from Bank Negara in the immediate months to be more muted for now.

“If there is any indication that growth momentum would suffer more deeply despite the easing of the MCO, Bank Negara would not be hesitant to cut the rate further below the now-historic low to 1.5%, ” he said.

MIDF Research also concurred that there would be “more pain ahead” for the Malaysian economy.

“Moving forward, we foresee domestic demand to continue trending downward, especially with the multiple extension of the MCO in Q2.

“Looking ahead into Q2, the economy is anticipated to contract on an annual basis with the extension of MCO in Malaysia and imposition of lockdowns in other key economies globally.