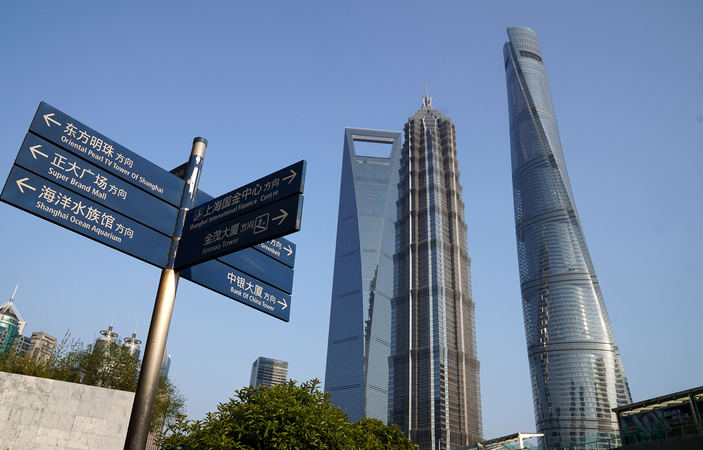 The Lujiazui financial hub in Shanghai's Pudong New Area is seen in this photo. [Photo/Xinhua]

By By Mo Jingxi
China Daily/ANN

Setting obstacles for investors in the United States to enter the Chinese market in the name of so-called national security, or even politicizing their normal investment activities will only harm their own interests, Foreign Ministry spokesman Zhao Lijian said on Wednesday.

Zhao made the remark in response to a Reuters report that the White House is pressing an independent board charged with overseeing billions in federal retirement dollars to freeze plans to invest in Chinese companies.

Speaking at a regular news conference in Beijing, Zhao said such actions are incompatible with the laws of economics and will only mean that investors miss out on opportunities.

"We have repeatedly said that the interests of all countries are closely intertwined in the era of globalization," he told reporters, adding that the Chinese capital market is being increasingly favored by investors around the world, including those from the US, in recent years.

"This reflected global investors' confidence in the steady progress of the Chinese economy as well as their recognition of China's efforts in deepening reform and opening-up of the capital market," he said.

At Wednesday's news conference, Zhao also spoke out against US Senator Lindsey Graham's proposed legislation that seeks to authorize the US president to impose sanctions on China over COVID-19.

"It is extremely immoral and we are firmly opposed to it," Zhao said, adding that it is an attempt to hide their own incompetence in fighting the pandemic by blaming China and carrying out an investigation with a presumption of guilt.

While China has maintained communication with the World Health Organization in an open, transparent and responsible manner since the outbreak, China also supports summarizing and reviewing the epidemic situation in all countries at an appropriate time so that we can better deal with similar challenges in the future, the spokesman said.

"We advise some US politicians to focus on fighting COVID-19 at home and saving the lives of American people,… instead of deflecting attention and shifting the blame," he added.