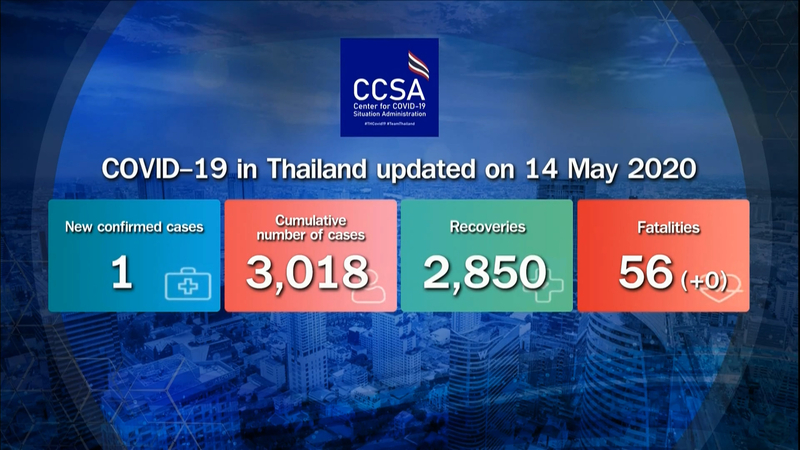 Thailand reported only one new case and there were no deaths over a 24-hour period, Dr Taweesin Visanuyothin, spokesman of the government’s Centre for Covid-19 Situation Administration (CCSA), said on Thursday (May 14).

"This is still a satisfying number; however everyone still needs to be on guard against the virus," Dr Taweesin said.

On Wednesday, the CCSA had reported zero new cases.

The total number of Covid-19 patients increased to 3,018.

A 39-year-old man in Chiang Mai who used to work in Phuket was the only new case on Thursday. He was found to be infected during efforts by health volunteers to unearth positive cases. The man looked healthy and did not show any symptoms, which is worrying for officials.

Globally, there have been more than 4.3 million confirmed cases and around 297,000 deaths