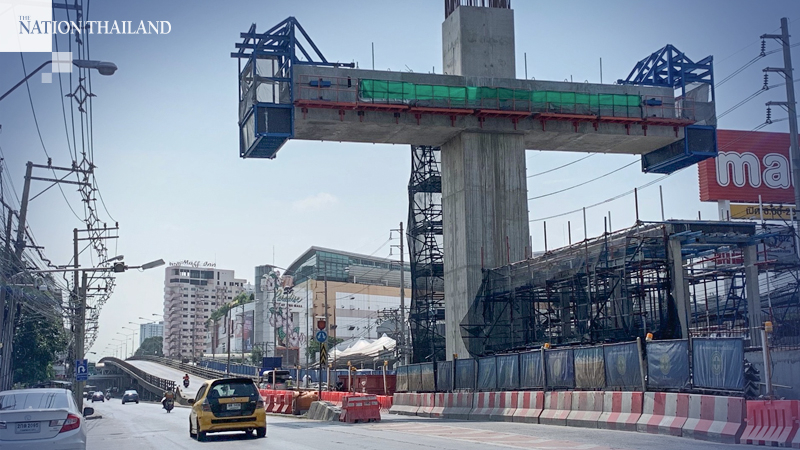 Bangkok road users have been advised to avoid the area around Lat Phrao Soi 41 from May 16, when traffic will be disrupted by construction of the Skytrain’s new Yellow Line.

The Mass Rapid Transit Authority of Thailand (MRTA) also announced that the pedestrian overpass at Soi 41 on Ladprao Road will be closed from 9pm, May 16, onwards.

The MRTA said traffic diversions would be operating in the area and warned that construction work may be noisy for the foreseeable future.

The Yellow Line will run from Lat Phrao in the north of the city to Samrong (Samut Prakan) in the south, following the route of Srinakarin Road.

The Bt55-billion project is being built by Sino-Thai Engineering and Construction Pcl.