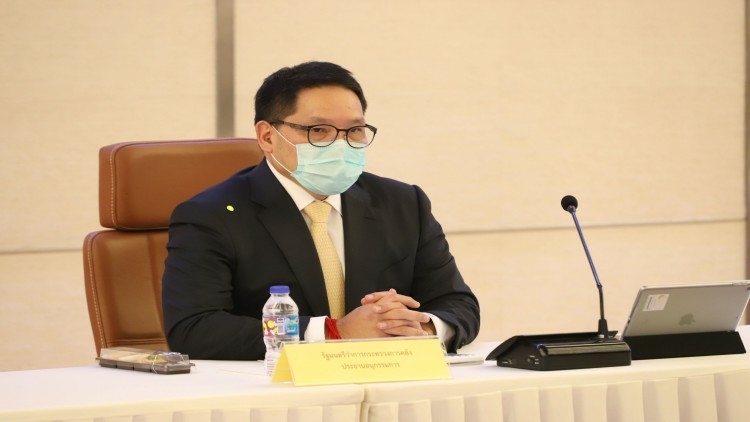 Finance Minister Uttama Savanayana has insisted he will not resign as leader of the core coalition Phalang Pracharat party and would also remain in his ministerial post.

“I still come to work every day as usual,” he said on Thursday (May 14). “Rumours are just rumours and should be treated as such. I won’t mix party affairs with my duties.”

Rumours have been swirling since last month that Deputy Prime Minister General Prawit Wongsuwan is eyeing Uttama’s post as party leader, ahead of a Cabinet reshuffle that would cement the grip of Phalang Pracharat’s military faction. Prawit eventually responded to the speculation by denying that a leadership change was on the cards.

Uttama, when asked by the press if there was any pressure within the party for him to resign, said the situation is as everyone sees it, adding there was nothing more he could say.

“Political [in]stability could affect people’s confidence in the country’s economy. To this end, the government must show its capability to serve the public need. PM Prayut [Chan-o-cha] also told us that, in the current situation, everyone must place their duties as top priority.”

The finance minister also admitted that Thailand’s GDP in 2020 would definitely shrink.

“The ministry will announce its official estimate [for 2020 GDP] on Monday [May 18], at the first joint press conference between the Fiscal Policy Office and the Office of the National Economic and Social Development Council,” he added.