A mobile medical team has returned to Songkhla after their tour of duty in the Covid-19 hotspot of Phuket ended in success.

Prince of Songkla University’s Phuket campus bid farewell to the team of nurses and medics today (May 15), after they spent two months treating Covid-19 cases at Songklanagarind Hospital Phuket Campus (Phuket 2nd field hospital). A total of 224 Covid-19 cases have been confirmed on Phuket, though the outbreak has now subsided with no new cases discovered on May 15. 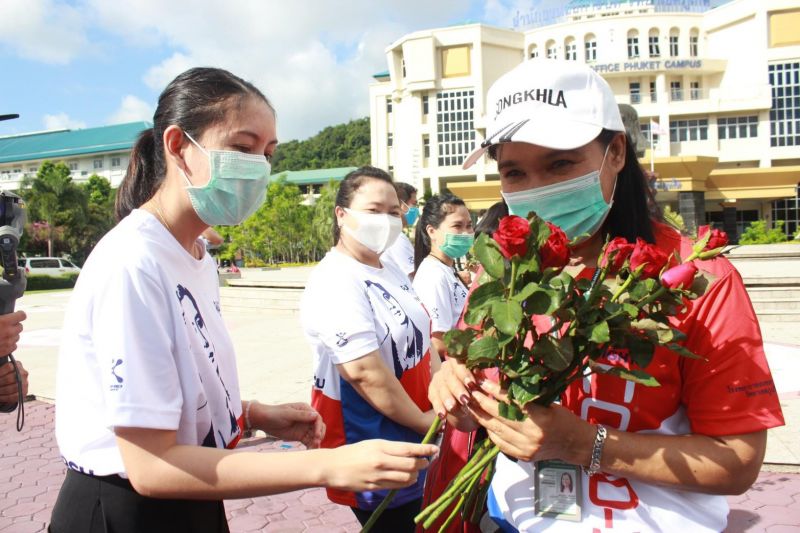 The medical team arrived on Phuket island on April 15, when the contagion was at its height. They began their mission the very next day when their first patient arrived from Patong Hospital.

The hospital currently has six recovered patients waiting to be discharged if their test results come back negative. Any who test positive will be transferred to Patong Hospital.

Staff at Prince of Songkla University were joined by representatives of local government organisations this morning in a ceremony to pay thanks to the team.