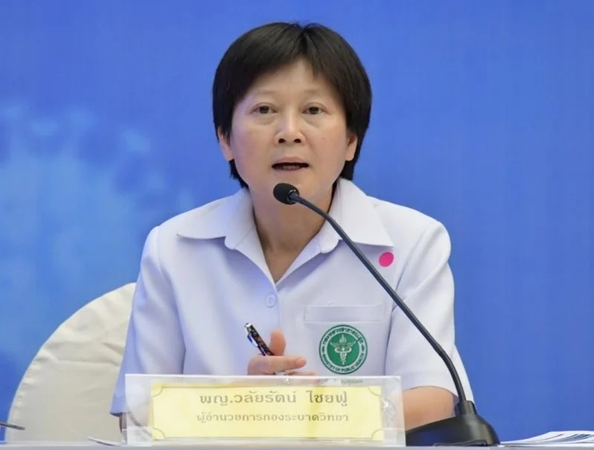 The Department of Disease Control has explained the reasons for removing China, South Korea as well as Hong Kong and Macau from the list of countries with high risk of Covid-19 infection.

The announcement, signed by Public Health Minister Anutin Charnvirakul, has been published in the Royal Gazette on Friday (May 15) and will go into effect as of May 16.

“The criteria that we use to consider lifting the status ‘high risk of infection’ are: The territory must have less than 20 internal cases in the past 14 days, and that it must have medical and public health readiness to effectively handle the outbreak,” said Dr Walairat Chaifoo, the department’s head of epidemiology, on Friday (May 15).

Walairat added that China has reported less than 12 new patients per day since April 23, except on April 29 when there were 21 new cases from overseas and one local case.

South Korea has reported less than 14 new cases per day since April 20. However, the Itaewon cluster cases that recently emerged have raised the country’s new patients to 20-30 persons per day as a result of aggressive testing.

“As for Myanmar, Laos, Cambodia, Malaysia and Indonesia, which had been previously announced as at high risk for infection, they will continue to remain under this status although some fit the criteria of having no to fewer new cases reported,” Walairat added. “This is because these countries have connecting borders with Thailand, some of which are still active, which pose a high risk of Covid-19 spreading.”