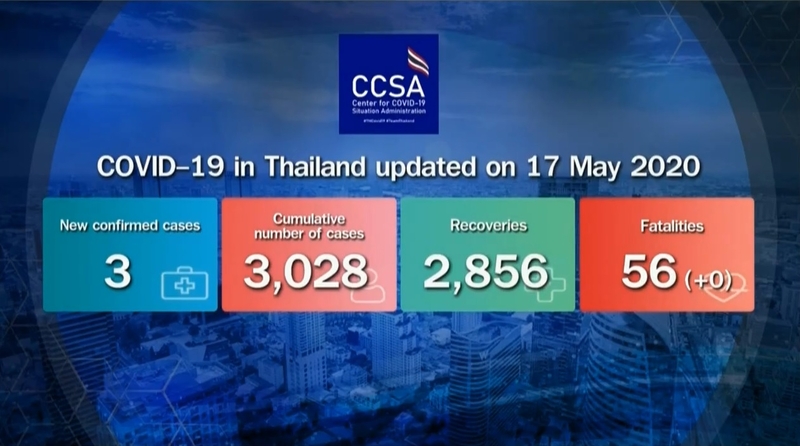 Thailand reported three new cases and no deaths over a 24-hour period, Dr Taweesin Visanuyothin, spokesman of the government’s Centre for Covid-19 Situation Administration, said on Sunday (May 17).

The total number of Covid-19 patients since the outbreak increased to 3,028.

All three new cases are male students who had returned from abroad.

Globally, there have been more than 4.7 million confirmed cases and around 313,000 deaths